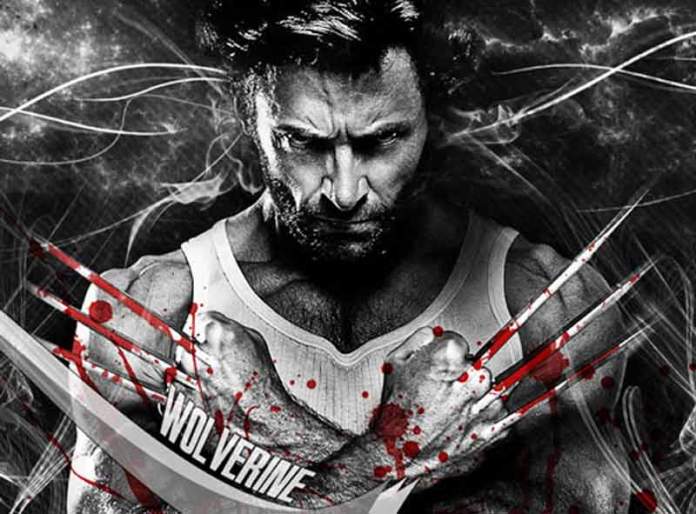 Hugh Jackman starts by lifting weights first thing in the morning. He follows this with cardio, both done on an empty stomach. For The Wolverine, he then does another cardio workout in the afternoon. It focuses on interval training to burn fat.

The primary goals of the Wolverine workout are to improve size and strength, while reducing body fat. The workout comes straight from Hugh Jackman’s The Wolverine (2013) trainer, David Kingsbury. 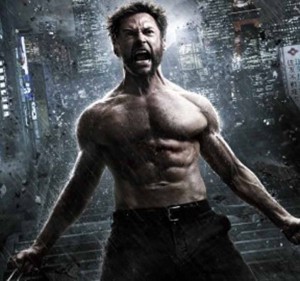 David Kingsbury created a workout plan tailored to The Wolverine’s goal of getting jacked while reducing body fat. He combined the workout with an advanced fasting diet.

The diet uses advanced fasting and days of high carb intake during high activity, followed by lower carb and activity days. Now, it’s time to learn how to get as jacked as Hugh Jackman with the Wolverine Workout:

The Wolverine Workout Monday routine starts with a Chest & Shoulders workout, followed by 45 minutes of low-impact cardio on an empty stomach. They would start the workout by dynamic stretching and foam rolling of the chest & shoulders. Hugh Jackman and David Kingsbury would then end each routine with static stretching and more foam rolling of the chest & shoulders. 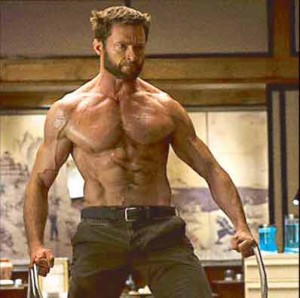 Detailed Tutorials of the Monday workout:

Wolverine Workout trainer, David Kingsbury, says he would sometimes put a slight incline on the bench press. Kingsbury says this minor change to the routine allows you to work your chest, more than your shoulders. Finish each workout by doing the last 4 exercises #6-#9 all at once as a superset. Rest 60 secs after the Superset, then do all four exercises again.

The Wolverine workout is not only about training hard, but eating right. Hugh Jackman says:

I workout for three hours a day. Two hours in the morning. Then, wherever I can during the day I fit in another hour. The most important thing of the training is the eating. In fact, 70% of how you look is how you eat. Only 30% is the training.

For Monday cardio, Hugh Jackman would do cardio up to twice a day. Just starting out, Hugh would only do one morning, fat-burning cardio workout. During the (Advanced) parts of the Hugh Jackman workout, he would do an afternoon HIIT session of cardio, as well. This afternoon workout was to get him shredded for the shirtless scenes.

You don’t want your heart rate to exceed 65% of it’s max, during the morning workout. By keeping your early morning workout at low intensity, your body burns more fatty acids. If you go too hard, your body has to scramble to find more energy. If it can’t find much glycogen (because you’re working out on an empty stomach), it is likely to break down your muscles for energy.

For both cardio sessions, choose from:

The Wolverine workout uses 5-10g of BCAA supplements before and after the workout. This prevents muscle breakdown by infusing your body with amino acids. Use your afternoon workout to go all out. Use high intensity interval training for optimal fat burning. Because you’ve consumed a meal 30 minutes before your afternoon cardio workout, you don’t have to worry about muscle breakdown. Your body pulls energy (glycogen) from the meal you’ve just ate. 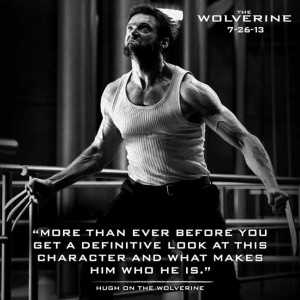 The Wolverine Workout often uses Rowing Intervals. Here, you do 1600m of sprints. Start with a warm up at a moderate pace for 500m. Then, sprint 100m on the rowing machine. Now, you get to go slow for 100m. Repeat both sets 7 more times. This will get you to 1600m.

Cycle for 3 min as a warm up at a steady pace. Sprint with maximal effort for 30 seconds. Row very gently for 1 minute. Repeat this eight times. Then, row a couple minutes as a cool down.

This is coupled with an afternoon high intensity cardio workout on most days. The muscle building comes from the workout itself, along with a proper diet. The diet is contingent on knowing how much you need to eat. 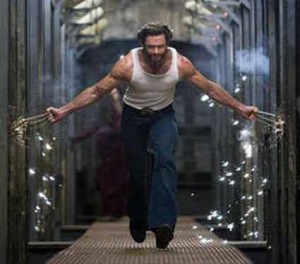 For the Tuesday cardio routine, you only do one cardio routine. This is because you rest for the rest of the day (after your legs workout). For early morning cardio–done after the workout but before first meal–Hugh Jackman does steady pace rowing, elliptical, walking, or spinning (bike) while staying in the 60-65% of his max heart rate (MHR). This heart rate keeps you at a fat-burning cardio pace.

Hugh Jackman’s trainer says that you can use a treadmill, but Hugh Jackman did not because there is a higher risk of injury when using treadmills. They could not afford Hugh Jackman to get hurt while doing the Wolverine workout. You wouldn’t want to see The Wolverine hobbling from scene to scene in the movie.

I workout for three hours a day. Two hours in the morning. Then, wherever I can during the day I fit in another hour. The most important thing of the training is the eating. In fact, 70% of how you look is how you eat. Only 30% is the training.