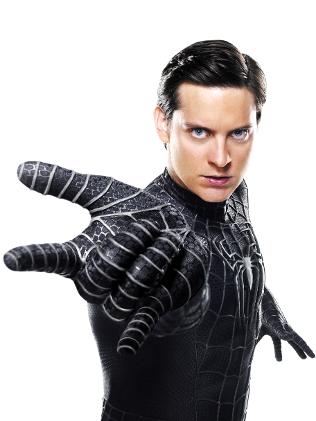 The Tobey Maguire Workout is a twice-a-day, six-days-a-week workout that combines martial arts, cardio, gymnastics, yoga and weightlifting. The goal was to get him bulked up for his role as Spiderman. He had six months to get in shape for Spiderman. Regarding his Spiderman workout and diet, Tobey Maguire talks about his workout routine, below. 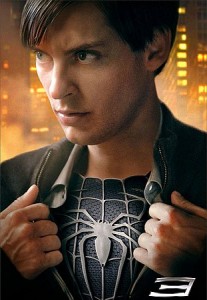 I go on a diet where I’m on it for six days a week, and then I give myself a free day. The same goes with my workouts.

Tobey Maguire got the services of celebrity trainer Gregory Joujon-Roche, who is credited with shaping Brad Pitt for Troy. Together, Tobey Maguire and Greg Joujon-Roche crafted a workout that would get Tobey Maguire into Spiderman shape. They used workouts that Tobey Maguire likes to do, like running and gymnastics, while adhering to his vegetarian diet.

After doing cardio/abs, they would have specific body parts they would work on. They would start each weak with chest / shoulder muscles. Instead of weights, the Tobey Maguire workouts sometimes uses a heavy gym ball instead. The Tobey Maguire is focused on “killing it” each set, not on the number of reps you do. Here’s the Monday weightlifting routine:

Tobey Maguire faced early criticism that he was too small to play Spiderman. He took this criticism to heart, and used it for motivation. Inspired by the naysayers, Tobey Maguire says:

I look forward to constantly changing people’s opinions of me. I think that’s the fun of it. I spend 2-4 hours working out a day, six days a week. It’s a combination of strength training, cardio stuff, stretching stuff. 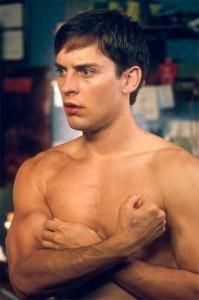