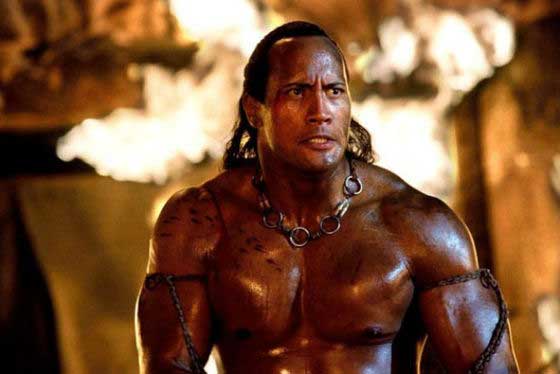 The Rock Hercules Workout is based on the information he reveals on his Twitter and Instagram feeds, as well as, information from his workouts with bodybuilder, friend and coach: George Farah. The Rock Hercules workout for Hercules: The Thracian Wars uses a 6 days on/1 day off routine to get him ready for the 12 Labors of Hercules. 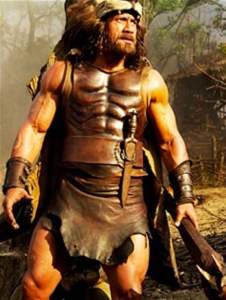 The Rock Hercules Workout Monday Routine starts with early morning cardio, before his first meal. After eating, The Rock Hercules workout focuses on his chest today. The Rock also does some ab work for Hercules three times per week.

Rollin out of bed. AM cardio on an empty stomach. Lets do 40min steady state w/ average heart rate of 135-150. 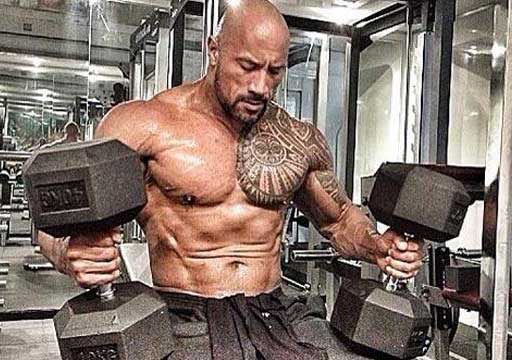 Detailed Tutorials of the Monday workout:

The Rock Hercules workout starts with a chest workout every week. He follows that up with a leg workout, and does 2 leg workouts per week. You need big legs to pull off the 12 Labors of Hercules. The chest and legs are the two most prominent areas of the body that The Rock focused on for Hercules. The Rock Hercules workout for chest day sees the Rock work his way up to 40kg dumbbells. For the cable flys and dips, go to failure for 3 sets.

The Rock Hercules workout uses a pyramid for the Dumbbell Incline Press and Chest Flys. For The Rock Hercules workout, you pyramid up in weight each set. A pyramid routine aims for maximum muscle gains through progressive overload. This type of pyramid workout allows The Rock to challenge himself each rep. The Rock tries to start his pyramid sets around 12 reps, and end doing at least 6 reps. The 8-12 rep range is ideal for muscle building, while 6 at a heavy weight is best for strength.

The Dumbbell Incline Pyramid example (pounds = per dumbbell, so one is in each hand):

The Rock workout uses a treadmill, elliptical, or stair climber on most days. He tweeted a pic showing all three in his home gym. Still, The Rock switches it up a bit from time to time. Dwayne Johnson says about his cardio workouts:

I do steady state cardio for about 45 to 50 minutes at my home gym. Or, I might hit the road out in the neighborhood. And then, I’ll go train.

The Rock Hercules Workout Tuesday Routine starts with early morning cardio, before his first meal. After eating, The Rock Hercules workout focuses on legs today. You need big legs to perform the 12 Labors of Hercules, so The Rock truly focused on them for Hercules. According to reports, this is the only major body part the Rock worked twice per week.

While filming Hercules, The Rock would often have to get up at 4:30 AM to do cardio. The Rock starts his day with cardio, then does his weight training. An August 25th tweet from The Rock says:

It may be that WTF? hour, but you gotta set the tempo for the work week. 4:30am. Budapest. AM cardio starts now… 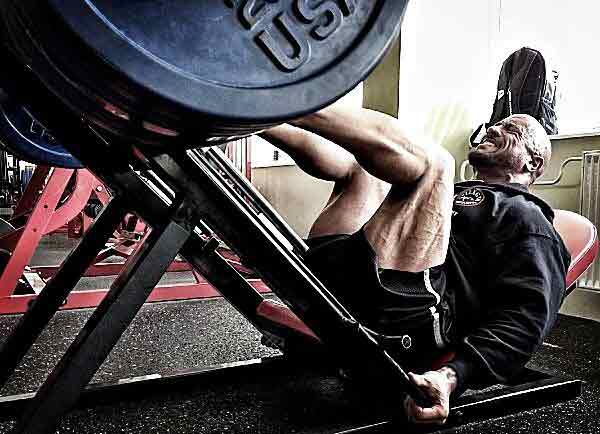 Detailed Tutorials of the Tuesday workout:

The Rock did have to look a bit leaner, so his leg training was higher volume. On Instagram, The Rock shares some clips doing legs from his workout.  The Rock likes to continue to use the Pyramid Routine, where he goes up in weight each set. For legs, The Hercules workout usually does 4 sets of 12-15, where the last set is your heaviest.The Rock says about his legs workout for Hercules:

See The Rock Instagram Leg Presses for a picture of The Rock workout in action. The Rock also calls the Smith Leg Machines Lunges: (one legged hack squat lunges). For the Smith Machine Lunges, The Rock Hercules workout uses a slow tempo 2 seconds down, 2 seconds pause at the bottom, 2 seconds up routine. He joked on a July 19th Instagram that under no condition should you stare at a stranger while doing the Leg Abductor.

Here is an Instagram of The Rock Hercules workout doing Leg Presses. The Rock says that Tuesday is his heavy volume (higher reps / lower weight) legs day. He does 25 reps on Leg Press on Tuesday with higher weight, then does 50 reps with lower weight on Friday. The Rock tweeted that his quad/leg finisher workout routine includes:

The Rock had a knee injury in college while playing at Miami, so he avoids squats. The Rock uses Seated Leg Presses, Lying Leg Curls and Smith Machine Lunges instead.

After a grueling leg workout, The Rock tweeted:

Bad to the bone & tough to the tendon. And my a$$ kicked from high intensity leg training. #QuadzillaBringsIt

Some Instagram posts reveal that The Rock would split between calve raises and ab work each workout. This is because both the  abs and calves are small muscle groups. The Rock learned from his trainer George Farah, that it is better to work small muscle groups more frequently, if you want to see improvement.