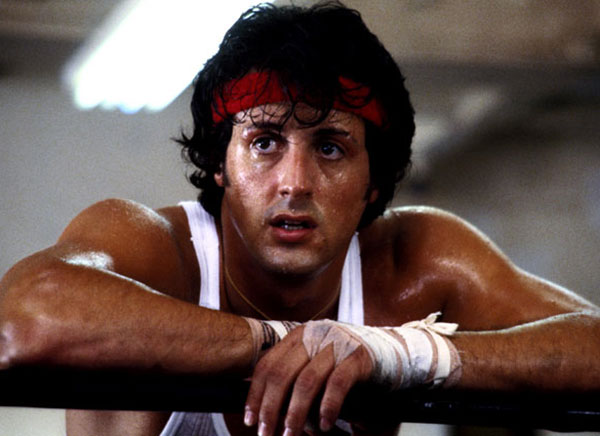 The Sylvester Stallone Workout has changed over the years. For Rocky and Rambo, Stallone used heavy bodybuilding routines. Stallone uses fast-paced workouts, a high-protein diet and HGH/testosterone treatments to stay in great shape. 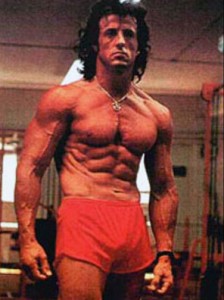 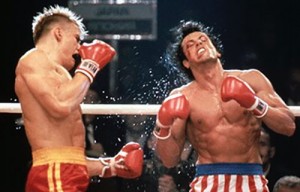 The Sylvester Stallone Rocky workout changed from movie to movie. When he looked leaner, like in Rocky 3, he used metabolic conditioning circuits. When he wanted to look bigger, like in Rocky Balboa, he used traditional 6 days-a-week bodybuilding workouts.

When asked about his workouts, and where he learned how to get a good body, Sylvester Stallone says:

I wanted to look like Tarzan – sleek, tight, almost catlike. I wanted to forget the bulk and go for well-developed muscles. I began a hardcore weight-lifting program, working out twice a day. When I made Rocky, I increased my exercise. 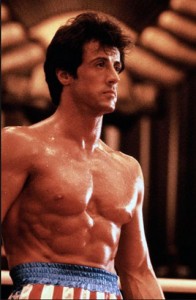 I had to charge Sly a good amount for the training because he wanted to train full out, just as if he were preparing for the Mr. Olympia contest. That meant two workouts a day, six days a week. I had to drop almost everything else in order to concentrate on getting him in the best shape of his life.

Franco Columbu got Sylvester Stallone in shape by forcing him to do the training that he did for Mr. Olympia. This meant that Sly had to do the same weight that Columbu was using. Stallone might not have been able to do as many reps, but the goal was to stay up the best he could. 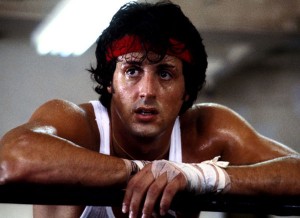 I worked out a program that was right for him and then I led the way, constantly increasing weights and reps. I knew for sure that this would motivate him to try and keep up with me. If I took a weight and did 12 reps, Sly would have to try and do at least seven. After all, I may be stronger than he is, but not that much stronger. Then, next set, I would do 15 reps, so he would have to increase his reps to at least 10. By the end of our training, he was doing curls with 70- pound dumbbells!

For Rocky II, Sylvester Stallone had to lift heavy weights to develop his physique. This was because he not only used Franco Columbu’s routine, but worked out with him. Here is the workout for Rocky II  (source: Franco Columbu workout routine) and beyond. 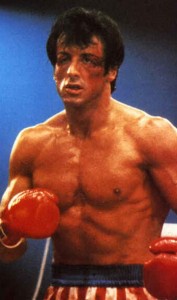 For Superset #1 and #2, Stallone would pyramid up in weight and down in reps. This means add weight each set, but do less reps. Superset #3 is called a “dagger set,” as you do a superset of all 4 exercises, then repeat them 2 more times all the way through. This should put a strain on your muscles, hence the name “daggers.”

AMAP= As Many As Possible.

The Rocky II Workout Shoulder Routine has no supersets. Just one exercise after another. You must use a smith machine or spotter for the Behind-the-Neck Press. It is dangerous to do alone. Also, make sure to watch the video (in the link) for details.