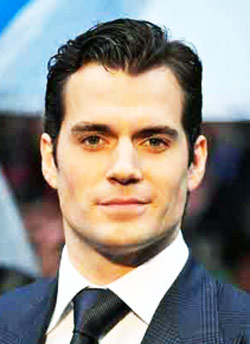 Prev postNext post
The Superman diet is what Henry Cavill used to lose weight for his role in Man of Steel. His diet was paired with the Superman Workout: Fat-Burning Routine. The idea behind the diet was to lose weight quickly by continuing to exercise, while cutting his calories in half. 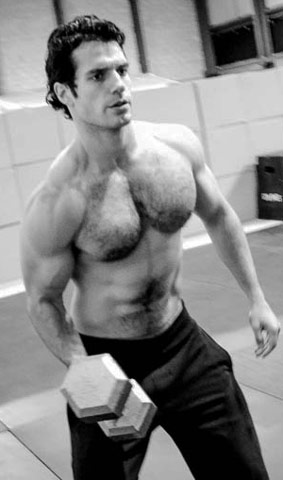 This meant going from 5,000 calories a day during the bulking phase, down to 2,500 for the fat-burning phase. The higher (5,000) calories were used to add muscle & bulk for Cavill’s role as Superman in Man of Steel and more recently in Man of Steel 2.

Cavill then spent 6 weeks losing weight quickly with this the Superman diet. Once he gained enough muscle, his trainer lowered the level to 2,500 calories. Henry Cavill says:

You’ve got to eat the protein first, then a little bit of carbs. You’ve gotta eat to keep your energy levels going. Mahi Mahi is good with spinach and broccoli.

The Henry Cavill diet was high in protein, followed by enough carbs and plenty of fat. Henry Cavill also needed modest carbs for recovery from his extreme workouts with trainer Mark Twight at Gym Jones. 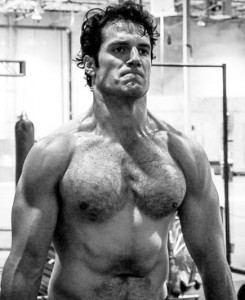 It was horrible. They didn’t force me to give anything up. They just cut my calories right down to 2500 a day. And keep in mind I had been up at 5000 calories. So it was a big drop off.

According to trainer Mark Twight, the macros (fat, protein, carbohydrate percentages) for the Superman diet, during the cutting phase, are low-carb and include:

The Superman diet was high in lean protein to help Henry Cavill gain weight to play Superman. The cutting phase sticks to lean sources of protein like eggs, chicken and fish. Trainer Mark Twight says to eat 1.2g of protein per pound of body weight per day.

Since Cavill weighed 180 pounds, he needed around (180 x 1.2 x 4= 864) calories from protein per day. Twight also says that on the Henry Cavill diet, it’s important to at least eat some protein every 3 hours.

This is why he suggests a Refuel Day. It’s not a cheat day, but a day where you increase carbs to offset your body’s loss of glycogen. Do this to protect the intensity of your cardio workouts. (You don’t want to be tired while trying to exercise and lose weight).

The Superman diet uses a Refuel Day to prevent Cavill from always feeling low on energy. They would often use a Refuel Day on Sunday (rest day). He would stay around 2500-2750 calories, but change his diet composition to increase carbs.

On Refuel/Recovery days the idea is to eat more carbs to gain more energy, allowing the body to work out harder. But, the Refuel Day is not a cheat day. It is usually used on your rest day of the week, to recharge your energy base. Superman’s trainer says:

Look at the Sunday Refueling as a means of guaranteeing A good effort on Monday.

In fact, total calories should not increase by much on Refuel Days. Only the macronutrient distribution of your diet should be changed, to increase your body’s glycogen replenishment.

On a Refuel day, Henry Cavill’s macros look like:

This means adding slightly more carbs than usual. Don’t stress out too much about the exact ratios or what to add to your diet. Instead, Henry Cavill’s trainer suggests you stick to regular eating patterns. 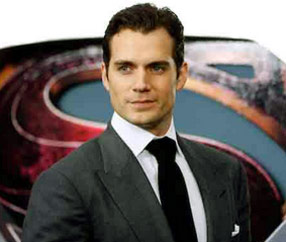 Know the macronutrient make-up of the food you eat regularly. (Macro’s are the % of protein, fat and carbs in each food). Use the 30% Protein/40% Fat/30% Carbs for Refueling days.

By knowing what you eat, Cavill’s trainer says you should know the percent of carbs, protein and fat in each meal. By knowing these percentages, you’ll be able to determine whether or not you’re sticking to the macros suggested as part of the Superman diet.

Once you have the right diet in mind, use the Superman Workout for fat-burning and get in shape. Also, use an app like My Fitness Pal to help determine your own, optimal macronutrient levels.

Know anyone who wants to look like Superman? Or, anyone who would like to learn how to lose weight quickly, using the Superman diet?