The Robert Downey Jr. Workout for Iron Man 2 uses all sorts of exercises to make his fitness routine fun and challenging. Here they are:

Indian Clubs were the center of a lot of Strongman shows [In the 1900’s], where guys would use these five and ten pound big wooden clubs and swing them around at speeds and do unusual movements, and [are] actually pretty good on the joints, because it’s a rotational movement.

I called a couple of experts and learned how to train with them. Some of it’s crazy. But it’s great for shoulder work.

The Robert Downey Jr. workout also takes advantage of Wheelbarrows. This looks just like it sounds, as long as you have a 650 lb. wheelbarrow in mind.

I made an obstacle course with cones and had Robert wield it in figure eight formations through the cones. It requires an immense amount of strength and skill.

If you want to get Wheelbarrows and the Sled (exercise #5) done at the same time, check out this Tough Mudder video:

Fire Hoses are the 4th exercise from the Robert Downey Jr. workout for Ironman 2. Fire hose exercises really cure the boredom of traditional workouts, by allowing you to go all out. There’s a ton of different ways to get moving using fire hoses, or other rope contraptions. Brad Bose says:

I filled fire hoses with sand and water, one of each, and got [Robert Downey Jr.] to whip them around. He would do almost squats while whipping the fire hoses up and down.

Here’s a video illustrating what you can do with old fire hoses:

Sled pulling exercises are a great, but grueling, way to burn fat while strengthening your arms, legs and core. The Robert Downey Jr. workout for Iron Man uses a sprinter’s sled with 50-pound weights. According to his trainer, Robert Downey Jr. would:

Stand stationary, and then pull [the sled] to him, drop it, then sprint 50 feet away again. He would pull, run and [then] pull again.

Here are 16 different sled pulling exercises for you to choose from:

Beating on Truck Tires with a Sledgehammer is a great way to get out your aggression, while working your arms, glutes, lats and core. The Robert Downey Jr. workout used the sledgehammer to beat on giant truck tires. Brad Bose, Downey’s trainer, says:

Downey beat the tires with a sledgehammer like you’d beat a drum. Then, we’d swing them overhead and pound the tires. That builds shoulder stability.

The Robert Downey Jr. workout included an exercise where he would throw SUV Tires like a discus. This requires proper form, as it is easy to get hurt if you aren’t careful. The reason they used SUV tires is because they’re heavier than normal tires. Brad Bose says tire flipping is great for your abs.

Bamboo Bench Press was the part of the Robert Downey Jr. workout where he got to focus on his chest. The key here is that the bamboo bars are much less stable than a normal bench press. So, Robert Downey Jr. had to constantly balance the weight. His trainer says:

We put rubber bands on bamboo bars then attached kettlebells to the rubber band on the bar. It’s like having a snake in your hands that’s trying to wiggle its way out of your hands while you’re trying to move it up. 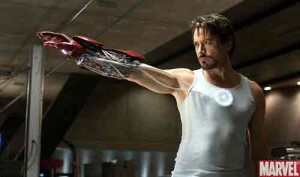 The War Machine is the device the Robert Downey Jr. workout used mainly to work his abs. The War Machine Pulley Training System was developed by the US military to give their soldiers an edge. The War Machine uses your bodyweight to do all sorts of exercises.

Brad Bose would also weave in different cardio machines during the Iron Man 2 workouts. It is important to constantly switch up what cardio you do. This way, your body never adapts to one method of cardio. Bose would constantly switch up the cardio. Sometimes, Robert Downey Jr. would do kettlebell swings and other movements. Other days, they would weave elliptical and treadmill bouts in between the exercises listed above.

The Robert Downey Jr. On-Set Workout for Iron Man 2 was divulged in the March 2010 issue of Men’s Fitness. 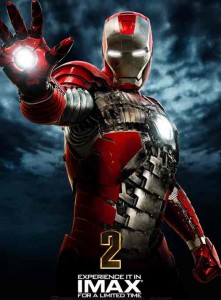 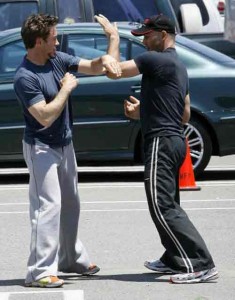 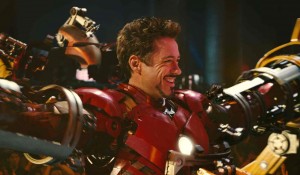 I’m not particularly tall, strong, fast, or aggressive. But, I’m not faking it. I’m not a kid anymore, and I’m not a professional athlete. 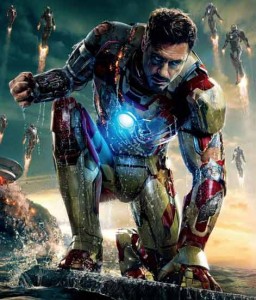 For all exercises, Brad Bose, The Robert Downey Jr.’s trainer, would have him go for 8-12 reps. This is the best rep range for when you want to add lean muscle. 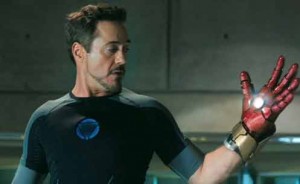 For all exercises, Brad Bose, The Robert Downey Jr.’s trainer, would have him go for 8-12 reps (Unless otherwise listed).

Robert Downey Jr.’s trainer, Brad Bose, says he increased Robert Downey Jr.’s caloric intake up to 5,000 calories a day. This is in line with what a lot of popular celebrities, like The Rock workout, do to gain weight for their movie roles. Brad Bose says that:

We cut way back on cardio and really increased the weight he was lifting. 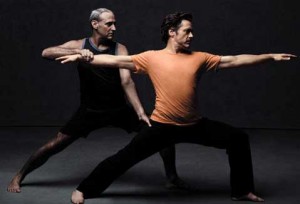 Sources for the Robert Downey Jr. Workout Routine include: 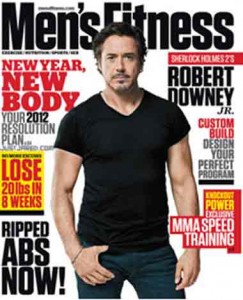 Here are some Robert Downey Jr. Workout Videos and interviews: 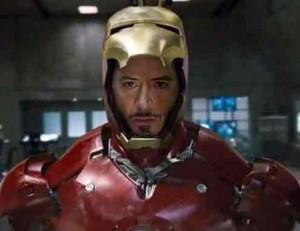 Know anyone who wants to look like Robert Downey Jr.?

Or anyone that can benefit from his Iron Man Workout?

Looking for more Celebrity Workouts For Men? Get The Best Male Workouts Here!
Prev2 of 2Next post

462
The Rock Workout is designed to transform Dwayne Johnson into a beast. The Rock workout uses a standard 3 day split. The Rock's diet...