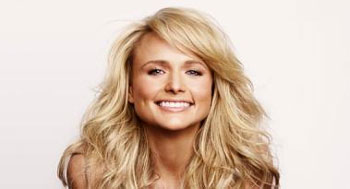 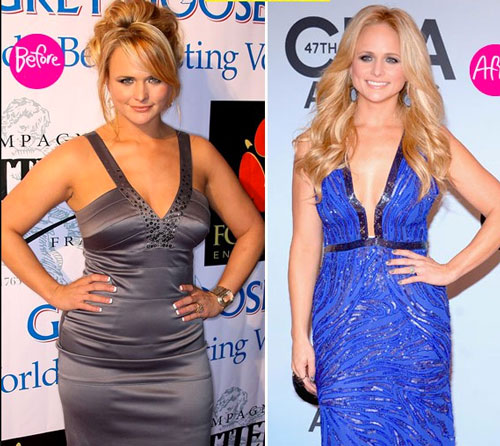 The Miranda Lambert workout and diet centers around always being active and eating right. Having a workout she can do wherever she goes was crucial to her weight loss. Since she travels so much, it would be hard to get to a gym. Her trainer, Bill Crutchfield, provided her with a circuit workout that she can do anywhere. Whether Miranda is at-home, in a hotel or backstage, she has a go-to workout.

We do cardio, a lot of circuit training. We do things with my body weight, like Lunges. A lot of stuff with resistance bands.

Here’s the Miranda Lambert Workout Routine. Warmup with a 20 minute fast-walk, if you can, then:

Notice that this is a circuit workout. Circuit workouts mean you do 1 exercise, then immediately move onto the next exercise. You don’t stop and do 2-3 sets, while resting in between. You just perform one set of each exercise.

When Miranda Lambert is done with one set of each exercise, she rests. Starting out, her trainer would have her rest for 3 minutes. By the end, Miranda was only resting one minute between circuit sets. They always aimed to do the circuit workout routine 2-3 times.

Crunches only go so deep. Leg lifts work the lower abs, which is always a problem area for girls who drink.

Notice that a few of the exercises require a resistance band or jump rope. Also, you can use small weights or even a milk jug (DIY!) to perform these exercises. Before her album came out, Miranda Lambert was doing intense training sessions in Nashville. Her trainer says:

For Miranda, I carry a bag with exercise bands, an eight-pound medicine ball, a jump rope, and boxing gloves with pads. I mix up the workouts every time–I think variety keeps you mentally fresh and also helps you physically respond better.

So, in addition to her workout routine above, Miranda Lambert is doing things like kettlebell swings, cardio boxing, while also hitting the treadmill and elliptical. 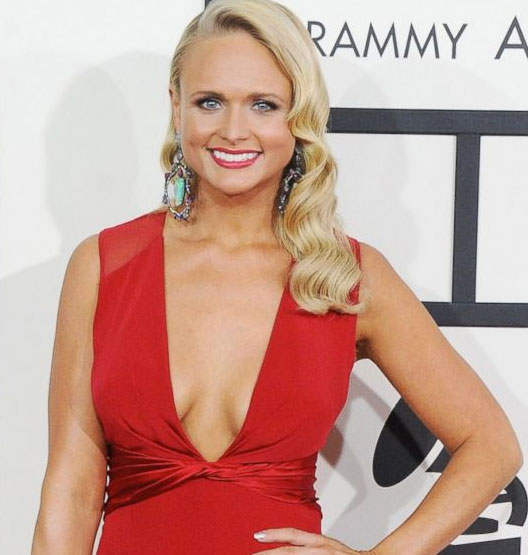 Miranda Lambert was motivated to workout because she had a new album coming out. Also, she got approached by a weight loss company who wanted her to lose 40 pounds. To that offer, she thought:

On top of that, the paparazzi was taking a lot of pictures of her from the worst possible angles. She was tired of seeing ‘Miranda Lambert is Fat’ in magazines. Especially after turning 30, Miranda Lambert was motivated to get back in shape. One of Miranda’s fitness secrets is listening to pop stars like Britney Spears. During cardio sessions, Miranda says that:

If I put on Britney, I can picture Britney’s body, and I’m like ‘Oh! Faster!’

Also, she says it’s important to plan your day. If you plan out outdoor activities in advance, you’ll forget that you’re even doing cardio. Miranda Lambert was also motivated to workout for her music videos, including her duet with Carrie Underwood: 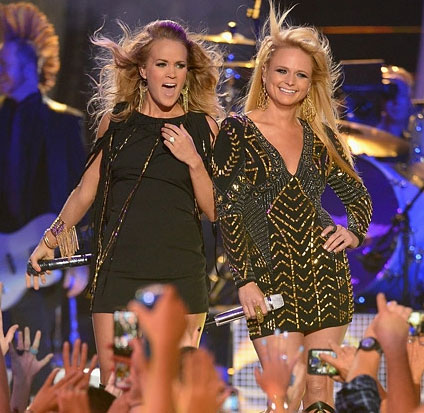 Miranda Lambert says that her diet is not set in stone. If it was up to her, she’d be eating egg yolks, bacon and cheese. But, for weight loss, Miranda’s diet includes egg whites, avocado and fruit, instead. Miranda says weight loss is about working out and making sensible choices. She says that losing weight is what motivates her to eat right, and that moderation is the key:

It’s really easy to gain weight, and its really hard to lose weight. So, just staying focused you know. If I kind of ate bad in the morning, I try to do better at night, or vice versa. It’s just not blowing it all day, every day. 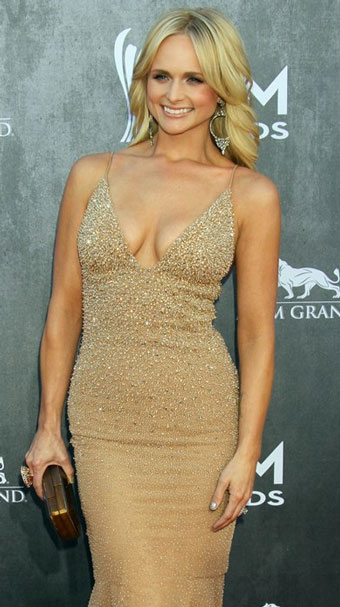 Miranda Lambert isn’t a big fan of vegetables. But, she knew she would have to incorporate them into her diet. So, she starts each day with a vegetable smoothie. Miranda says the vegetable smoothies are store-bought, because she wouldn’t keep to her routine if she had to clean up the mess! Lambert’s healthy morning routine makes it easier for her to eat right the rest of the day. Miranda Lambert says:

With food, I don’t like vegetables unless there’s ranch or cheese on ’em. But I drink juice, so I have one vegetable-packed juice in the morning, and I feel like I’ve done my good thing for the day.

The rest of the day, she eats sensibly. Miranda Lambert says that she is a “Cheetos girl,” but now reaches for high-fiber, low-calorie snacks instead. When she does indulge, she uses the “Weight Watchers” trick of ‘cutting everything in half.’  These smaller portions of food have helped her to continue to lose weight. Miranda suggests having a low-fat chocolate shake when you feel like having something indulgent.

See some of Miranda’s Before & After photos, as well as her thoughts on body image, on the next page: