Rest 1 min between circuit, but don’t rest between each set 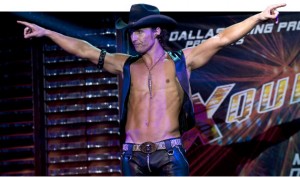 The key to Matthew McConaughey workout routine is to do a lot of compound movement exercises in quick succession. Compound movements involve activating more than one joint per exercise. Squats and lunges are great examples, where you are working the legs and hips at the same time.

Gunnar Peterson also likes to change the posture his clients use. For example, he loves to get his clients, including Matthew McConaughey, to sit on a stability ball during most of his exercises. This challenges your body to keep the core tight throughout each exercise.

Imagine that you’re about to sit in a chair, keeping your back straight, eyes straight ahead, and your body spread from your heels to the balls of your feet. As you push yourself back up, imagine you have a rope around your belt buckle and someone’s tugging on it form the ceiling to pull you up. Think about actively pushing through your heels. 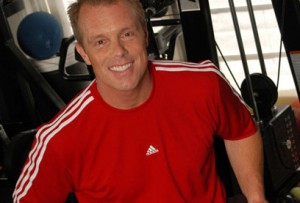 When I work out, I like to run. If I see a tree, I’ll stop and do pull ups. Randomly, I’ll do push ups, too. And this is how I get the body I want!

The Matthew McConaughey workout focuses specifically on circuit training that works his abs. Matthew McConaughey’s ab circuits contain a lot of planks and legs lifts. This gets you away from having to do too many crunch variations. Gunnar Peterson doesn’t like to do too many sets of crunches with his clients. He’s always looking for other variations. 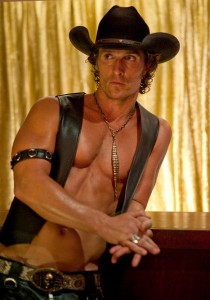 Matthew McConaughey has gone under extreme weight loss to play an electrician with AIDS in the movie, Dallas Buyer’s Club. Matthew says that he went on an all-liquid weight loss diet to promote loss weight quickly. Critics point to how your liver and kidneys are affected by such a diet. It’s much better to lose weight by dropping caloric intake over time.

I dared myself. I haven’t been this 9th grade. It takes your body a while to understand that it has to feed off itself and that it’s not going to get something else. It’s a bit of a spiritual cleanse, mental cleanse. I’m also drinking a lot of tea. 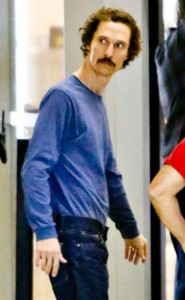 Matthew McConaughey was snubbed by not getting an Oscar nomination for Magic Mike. So, Hollywood insiders are calming that this fueled his motivation to get thin for his new role. They claim that such dramatic weight loss translates into Oscar nominations amongst his peers. He is playing an AIDS patient who has to find underground drugs, after his doctor just tells him to “go, die.”

Naked in front of 300 women, and a camera that is immortalizing that as$! Vanity is a great motivation, to be fair. Plus, vanity is good for commerce when you’re a male stripper.