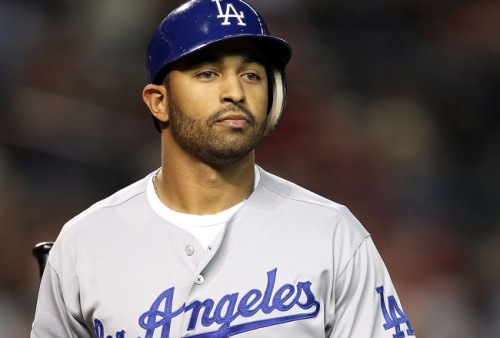 Matt Kemp, 27, center-fielder with the Los Angeles Dodgers, got a $160 million contract extension in the off-season.  The Matt Kemp workout was vital to his turnaround, because Kemp likes to say that there is no off-season, meaning he trains very hard when not playing baseball.

The baseball deal Matt Kemp got was huge, in sharp contrast to where he was a year before, when he wasn’t even sure if the Dodgers wanted to keep him. Nothing was certain for Kemp, who fell into a slump, and was starting to doubt himself:

“People were saying I wasn’t going to be the player they thought,” Kemp says. “I expected more of myself. “All season I was unable to fall into a groove. That led to inconsistency,” “When you think positive, good things happen. But that year, I had trouble channeling my negative energy into something positive. I needed to figure myself out.”

To figure himself out, and make the needed changes, the Matt Kemp workout became a combination of fitness and diet. Kemp enlisted Trainer Garrett Shinoskie, who made sure his diet was high in good carbs and low in protein on high impact days, and low in carbs and high in protein on recovery days. He joined the Zone Gym in Scottsdale, AZ, his hometown.

In regard to the Matt Kemp workout, he trains hard in order to not get hurt during the 162 game season, while staying flexible and agile. Matt Kemp says:

“I do a lot of core stuff with the medicine ball. My strength and conditioning coach takes me through the workout — obliques, upper abs, lower abs, and some back exercises. My best advice is to make sure that you don’t try to do too much and overwork your abs. Make sure you’re doing it right or you can hurt something. And good posture is important, too.”

On days of upper-body strength training, Matt Kemp’s workout varies his routine a lot but sticks to:

“A lot of push-ups and pull-ups with my trainer. Those are pretty important and make you pretty strong because you’re not using weights. You’re using your body weight and that’s the biggest thing for baseball players, especially. Playing baseball, you don’t want to have too much of a big upper body. You want to keep your flexibility.”

Each day has different dietary guidelines based on that day’s workload. Matt Kemp workouts are also grounded in a focus on conditioning.  He likes to do a lot of sprints, stadiums and treadmills. When he does stadiums, he likes to change it up by using his hands to go up the stairs, while someone holds his feet.  Kemp says that setting the treadmill to ‘uphill’ is what gets him cut and in shape.

When it comes to success, his workouts involve many factors, but the most important aspect of the Matt Kemp Workout is:

“To take it seriously. If it’s something you want to do and be successful at, working out is a big part of our everyday lives. It keeps you healthy and prevents injuries. Have a routine. Eating breakfast is really important, too.” 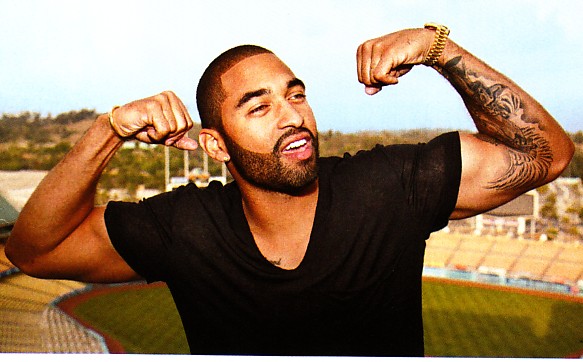 Know anyone who can benefit from the Matt Kemp workout? 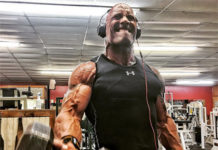