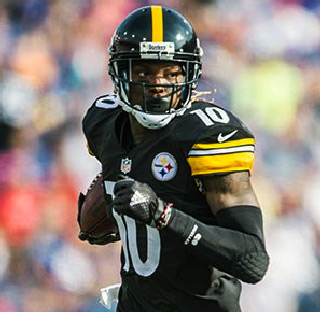 Martavis Bryant shows off his route running NFL workout drills. To perfect his craft as a Wide Receiver for the Pittsburgh Steelers, Martavis Bryant uses 3 top drills to stay conditioned. The NFL interviewed him along with his trainer Frank Rice of Elite training.

These drills are good to use for any aspiring NFL wide receiver. They include: 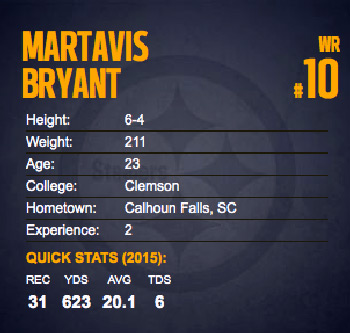 Slant and return, where you’re trying to hold the linebacker. You run at the linebacker, thinking you’re going to run at him. Then, you switch it up and run toward the sideline. Get better each one. Sell the slant, then run the route the other way.

The Four Cone Transition drill is used to work on keeping the legs and feet close to your body. When you catch the ball, you want to keep your body tight. This helps with ball control, and getting you going straight up the field after the catch.

Imagine you have a drum at each side as you do this drill. Beat the drum with your arms, in order to help move your feet quickly. After catching the pass work on cutting and quickly getting up field.

The M Drill works on your cuts and breaks. You do a curl route, then come back and catch the football from the quarterback. The key is to focus on foot placement, and explosion toward your next route.

It especially helps a slot receiver who is looking to make a quick break against a linebacker or safety. You want to think about creating separation, then connecting with the quarterback and getting the ball thrown to you. From there, catch the pass and work quickly to cut and get up the field.

The key to the M drill is getting out of your breaks faster. Especially when you got a DB on your tail. You want to be able to push off. Get back looking toward the quarterback as soon as possible. The importance of breaking up field is for that 3rd and 4 situation where you want to run that spot routine in the middle of the field.

Martavis was drafted in the 4th round (118th) of the 2014 NFL Draft. That year, Bryant won the Pittsburgh Steelers “Joe Greene Performance Award” for 2014. This honor is given to the team’s “Top Rookie” each year. He was put on the Reserve/Suspended list in September, 2015 but came back in October, 2015. 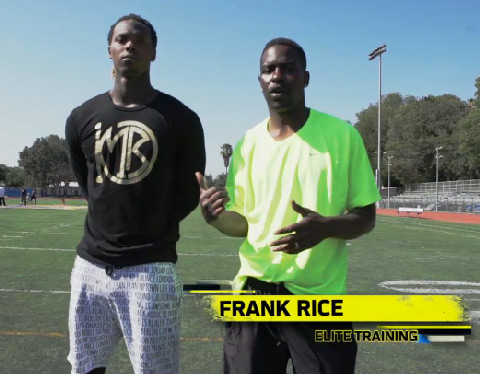