The Mark Wahlberg workout rests on Wednesdays and Sundays. He likes to call Wednesdays “Family Time” as that’s the day during the week he reserves for his family.

On days that he does lift, the typical Mark Wahlberg workouts lasts 60 to 90 minutes. Wahlberg always starts with a quick warm up. Then, he gets into the heavier part of the routine. Mark Wahlberg wanted to be bigger for Pain & Gain. But, he says:

I actually planned on getting bigger than I did. But, I was getting ready to film Broken City right before, and the director wanted me to be thinner. I weighed 185-190 at the time, then lost weight for the role in Broken City. I still got up to 212 by the end of filming for Pain & Gain.

The Mark Wahlberg workout starts his Thursday routine very early in the morning with a heavy workout. He focuses on chest and arms. Then, he does an abs workout, with light cardio, in the afternoon. When filming Pain & Gain, Wahlberg had to do the entire workout at 4 in the morning.

Do 4 rounds of each circuit. Do 8 reps of each exercise. The Thursday full body workout routine used 2 circuits, followed by some finishers. If you can do more than 8 reps, increase the weight to stay challenged.

Then, he would finish with 2-3 sets of 6-8 reps of each exercise. Trainer Bryan Nguyen would have Wahlberg would rest 60 secs between each exercise. 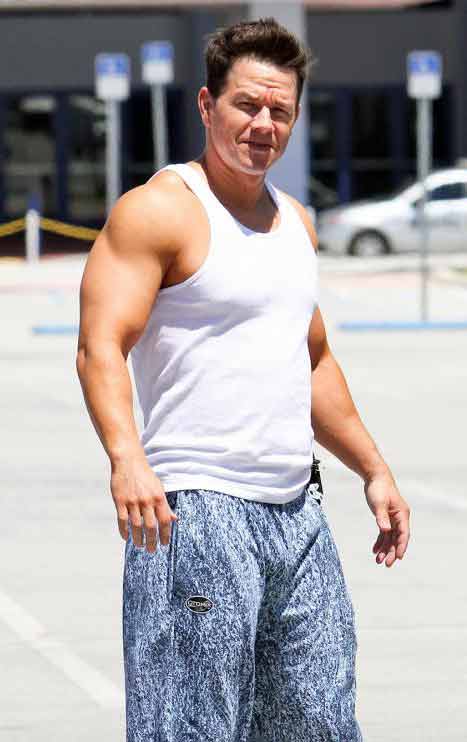 Mark Wahlberg was asked about being busy, finding success, and deciding to continue doing movies:

For the abs routine, he would do 2-3 circuits of 15 reps per exercise: 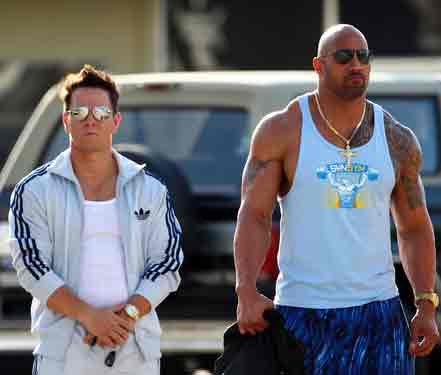 Mark Wahlberg has his own in-house gym. But when in South Florida, training for Pain & Gain, he had to use the sports club. While there, he says the workout consisted of:

A lot of old-school stuff. I’d literally do a row of machines at the Sports Club. One set of every single machine all the way down the row. I’d leave the hotel at 4:30 in the morning. Just as the nightclubs were letting out on South Beach.

Wahlberg starts his Friday routine very early in the morning, with a heavy workout. Today, he focuses on chest & arms. Then, he often takes a “growth nap,” before doing a biceps workout with light cardio in the afternoon. Wahlberg says he is also a fan of the TRX machines, straps, and bands.

Do 4 sets of 8-12 reps. The Mark Wahlberg workout used heavy lifting, and supersets to get the job done. If you can do more than 12 reps, increase weight to stay challenged.

Supersets are done when you perform 2 exercises in a row without stopping. Usually, the first exercise is a compound lift that works multiple muscle groups. While, the 2nd lift is more isolated. Mark Wahlberg uses supersets to maximize his results, and keep a high intensity throughout his workout.

Mark Wahlberg does a lot of biceps curl variations. It starts with 10 reps, then goes to 8 reps, then 6 reps. He tried to add weight each time, making this the opposite of a drop set.

Mark Wahlberg gave the example that at one point he was using the following for dumbbell bicep curls:

This may seem like a lot of the same exercise. And it is, but the biceps are a small muscle group that benefits from repeated stimulation. Also, the Mark Wahlberg workout routine starts by working the whole bicep with Seated and Dumbbell bicep curls. Then, Mark Wahlberg does Barbell bicep curls and EZ bar curls to work the upper biceps. Finally, he does Preacher curls and machine preacher bicep curls to work the lower biceps.