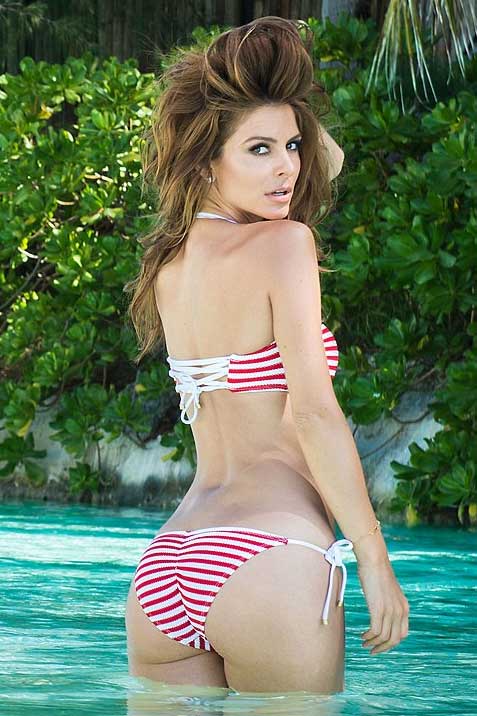 The Maria Menounos diet is all about eating 5 small meals throughout the day (Breakfast-Snack-Lunch-Snack-Dinner). The Maria Menounos diet plan uses a simple eating plan of using 5 ingredients that take 5 minutes to make. Maria’s diet comes from the 5-Factor method created by Harley Pasternak. Maria Menounos likes to diet using the 75/25 rule. This means she eats healthy 75% of the time and lets herself splurge the other 25%. 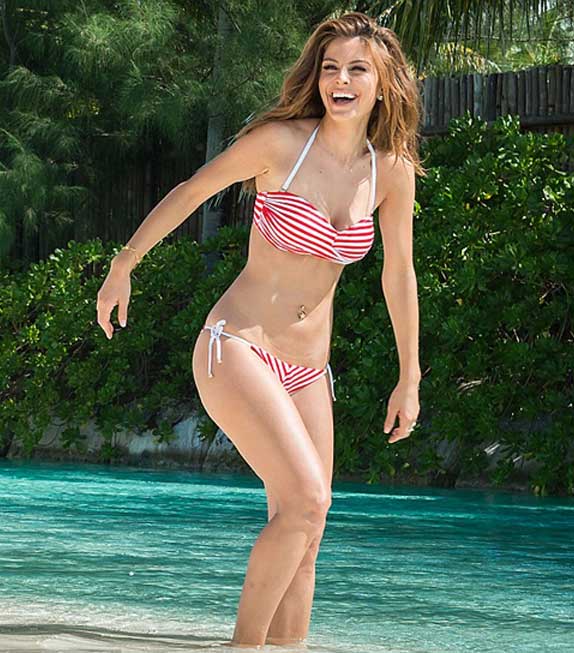 Being able to splurge  is especially important when your partner is always dragging you to Chili’s. And, you have a love for nachos and their Potato Skins (as in Maria’s case). Maria Menounos says about her diet:

I still have nachos, and I’m never going to be that person, I don’t think—although we continually evolve and continually get better—but as of now, I find it really hard to see myself saying, “I don’t eat processed flour, white this, and sugar that.” Maybe I’ll get there someday? But right now, I still want to eat that stuff—just in moderation and in smaller amounts. I want to put as much pure fuel into my body so that it works at its best.

Her trainer and dietician, Harley Pasternak, recently came out with a new book called The Body Reset Diet: Power Your Metabolism, Blast Fat, and Shed Pounds in Just 15 Days

The diet book is grounded in the idea of having 5 simple meals throughout the day vs. starving yourself for most of the day. This will give you the energy to rev your metabolism and set you up to workout with more energy.

Harley Pasternak says the theory behind his diet comes from the concept of Grazing vs. Gorging:

Researchers at the University of Toronto found that men who ate three large meals a day had higher insulin levels that those who ‘nibbled’ or grazed on seventeen small meals. This study and similar ones indicate that “grazing” on smaller amounts of food more frequently does a better job of priming our bodies to burn fat more effectively than gorging on larger quantities of food 2 or 3 times a day.

Here are the three phases Maria Menounos used during the Body Reset Diet: 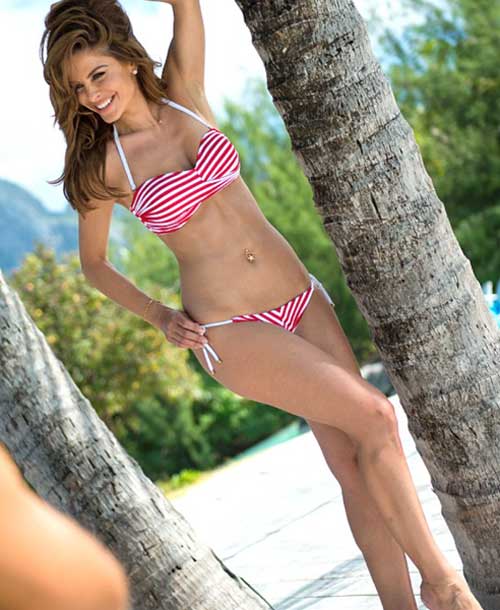 Phase I of the Maria Menounos Diet

C-Snacks stand for “crunchy snacks. These snack choices include: 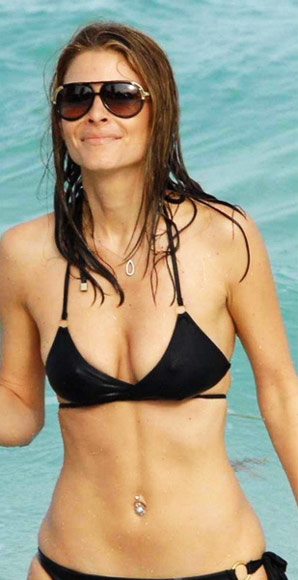 Check out The Body Reset Diet: Power Your Metabolism, Blast Fat, and Shed Pounds (on Amazon.)

I live for Harley’s smoothies! They are so easy to make, help me feel full, and taste incredible.

Get more celebrity quotes & positive opinions about Harley’s book, The Body Reset Diet: Power Your Metabolism, Blast Fat, and Shed Pounds in Just 15 Days on Amazon. Harley Pasternak likes to make things simple, by saying the diet is all about focusing on 5 ingredients that take 5 minutes to make. Still, you do have to use the right kind of ingredients.

In his book, Harley says:

It’s important to bear in mind that not all calories are created equal. While every meal in this book has roughly the same calorie count (about 300), what you’re eating matters just as much as the calorie content: a 300-calorie scoop of ice cream, for example, is just not nutritionally equivalent to a filling 300-calorie egg white, veggie, and ham scramble.

In addition, Harley Pasternak shapes the Maria Menounos diet by having her focusing on “Core Body Reset Principles,” such as using the following behaviors:

Maria Menounos loves to use the smoothies that Harley Pasternak recommends to his clients. This is the best way to get lots of  fruits and vegetables into your diet. Here are some of her favorites:

Be sure to leave the skin on the apple for added fiber. Add all ingredients at the same time. If you like your drinks thinner, add ice cubes or cold water.

Mix berries in a blender—strawberries and blackberries can be used in combination with the recipe above. For maximum nutrition, be sure to grind your own flaxseed in a coffee grinder. Don’t use whole flaxseed, as your body won’t be able to digest the nutrients. Don’t use store-bought flaxseed, as it looses it’s nutrition quickly once ground. 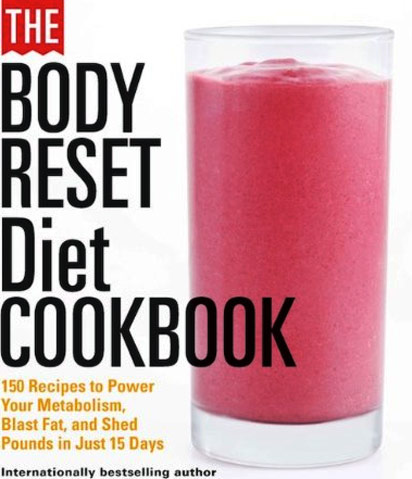 Get more smoothies, and other recipes, via Harley’s The Body Reset Diet Cookbook on Amazon.

While Maria Menounos was enjoying a BBQ with her friends, her trainer Harley Pasternack was kind enough to share a couple of the recipes:

1. Chop one half of onion to measure 1/4 cup and slice remaining half.
2. Combine chopped onion, chicken, chopped cilantro, cumin, and 4 tablespoons of the barbecue sauce. Form into 6 equal (3-in. diameter) patties (mixture will be very wet).
3. Separate pitas and cut each half with 3-inch round cookie cutter to make 12 circles.
4. Heat lightly oiled grill to medium heat. Grill burgers 4 minutes, flip and top with cheese. Grill until cooked through, about 5 minutes longer.
5. Serve each burger between pita rounds with sliced onion, cilantro sprigs, and 1 tsp. of the remaining sauce.

Maria Menounos shares the same trainer as Jessica Simpson. You can see some of the healthy swaps he recommends for his clients like Maria and Jessica here: 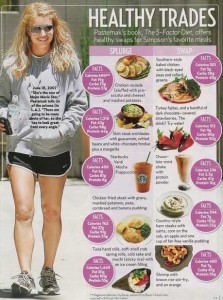 Harley Pasternak wrote a book called The 5-Factor Diet (found on Amazon), which highlights meals that only take 5 minutes to make. Harley Pasternak says the secret to weight loss is finding things that are both healthy and delicious. The Maria Menounos diet includes:

With the Maria Menounos diet, there’s times where Maria is going to be tempted. She’s not perfect, and admits to cheating now and then. Still, her trainer reminds us to always be on the lookout for ways you can make smart snack substitutions here. One may think that it’s strange to include so much chocolate in the Maria Menounos diet. But, trainer and nutritionist Harley Pasternak, says you are allowed to have chocolate twice per week.

Maria Menounos says it was an internal decision to focus on her diet:

About not telling anyone that you’re on a diet, Maria says:

You don’t want to set yourself up for failure, and you don’t want to be disappointing yourself. If nobody is watching [your diet progression] then you can say, ‘Well that was a minor slip up. I’m going to make better choice tomorrow’ [about your mistakes].

Maria Menounos says that her weight loss has been a journey. She started her weight loss her junior year of college, and has battled it ever since. She has a big appetite that she has learned to curb over the years. Maria talks about her decision on weight loss:

When I got to my Junior year, I was like ‘I have a card that says I can eat everything I want. I was competing with guys who could eat more. I’d order the huge serving of pasta for four people and eat the whole thing. I was beating football players! Then, there was a Miss Massachusetts pageant that November, with an entrance fee. I thought, I’m not gonna waste, like, a thousand dollars. So I set a goal to lose weight.

So, I had a 10 percent rule in my head: If I was eating seven slices of pizza, I would cut back to six. It was so hard to not reach for that seventh, but I was still eating what I wanted, just one less. When six got easy, I went down to five. When I got down to two slices of pizza and I was still kind of hungry, I’d throw in a salad. I think that because I’d done other diets—the grapefruit, the fast shakes—and failed, I knew that extreme behavior wasn’t going to work.

She continues, by telling Health Magazine about her diet for a Bikini Body:

When you’re making choices, you have to do it for your health. When you’re thinking, I need to get skinny, it’s so easy to be like, ‘Oh, screw it.’ But if you’re focusing on your health, it gives you a different perspective. I’ll think, I’m going to choose to feel better about myself next week by making a better decision now. 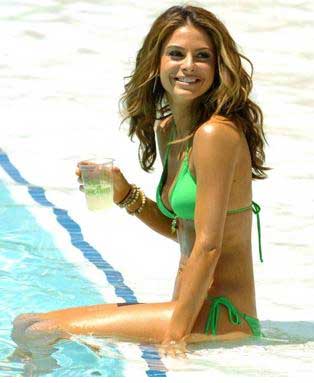 The Maria Menounos diet sources include the following: