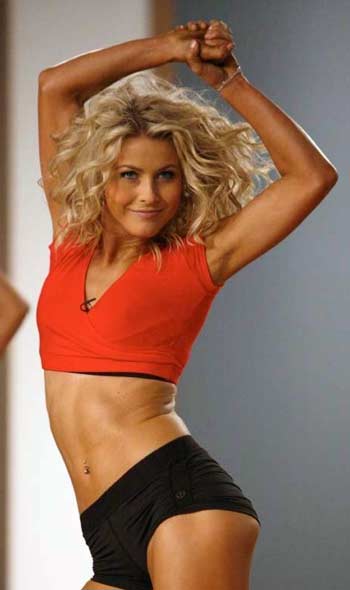 Julianne Hough has multiple workout DVDs following her appearances on Dancing With The Stars. In 2014, she even became a judge on the #1 Hit DTWS show. Hough has used her fame to create a series of Workout DVDs including Ballroom Cardio and Just Dance. Julianne Hough’s Ballroom Cardio dance video DVD features the Cha Cha, Jive & Paso Doble. A constant ball of energy, Julianne keeps you moving throughout the workout. 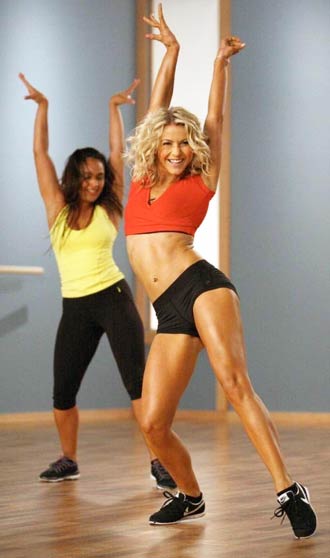 The Ballroom Dancing DVD Workout is called Dance With Julianne: Cardio Ballroom. It starts out with Julianne teaching you the Cha-Cha dance move. She says this dance move is all about the hips. Juliane Hough says this dance workout is all about the Figure Eight. Thinking about that motion is all you have to do. At most, the Cha-Cha-Cha is a Twist-Twist-Pop, says Julianne Hough about her workout. 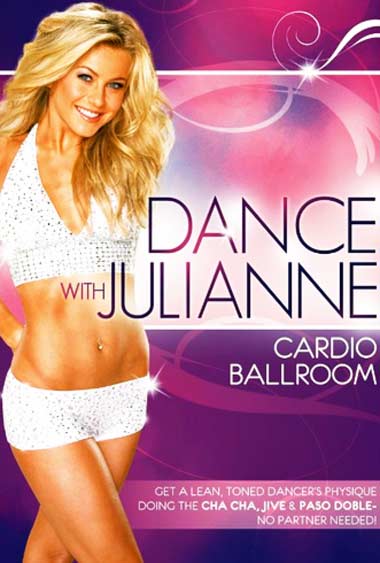 The Just Dance DVD Workout features the newest moves from Julianne Hough. She says these are fun, sexy moves that anybody can do. It’s a popular female workout/dance workout. Julianne Hough says these are all the moves you want to try at the club, without needing to be a dancer. 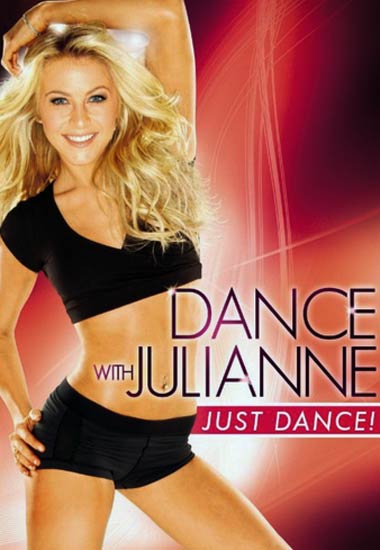 Get The Julianne Hough Workout DVD: Just Dance! Julianne says this is a fat-burning workout, which also tones your arms, abs, legs and butt.

You’re just dancing and moving along. You lose inches, tone your waist, tone your legs, stomach and arms. you don’t even know it!

Julianne Hough’s latest workout DVD is Dancing With The Stars: Dance Off The Pounds. In this dance workout, Julianne continues her promise to make working out fun via dancing. She brings 3 of her favorite dancers along: Dimitry, Kim and Lacey, to help get you moving. The choreography of her latest workout is a bit more advanced. So, it’s geared for people who have graduated from her first two workout DVDs. 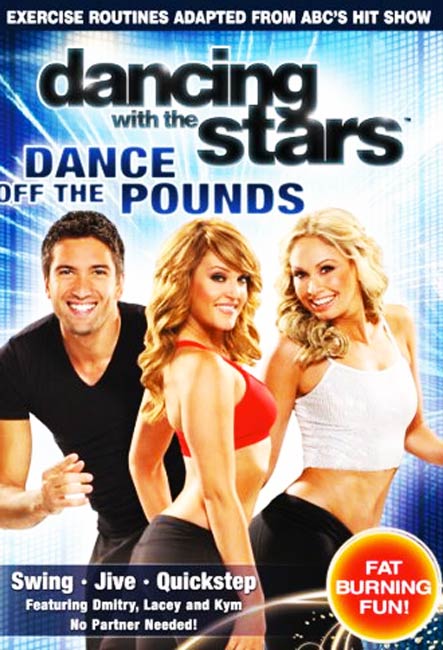 On Dancing With The Stars, Julianne Hough dances with her brother Derek Hough. Together, they dance together while doing the Jive to Great Balls of Fire:

From all the dancers, they were voted to perform as an audience pick during the Dancing With The Stars (DWTS) show. 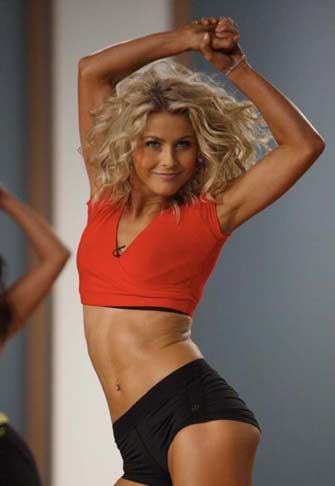