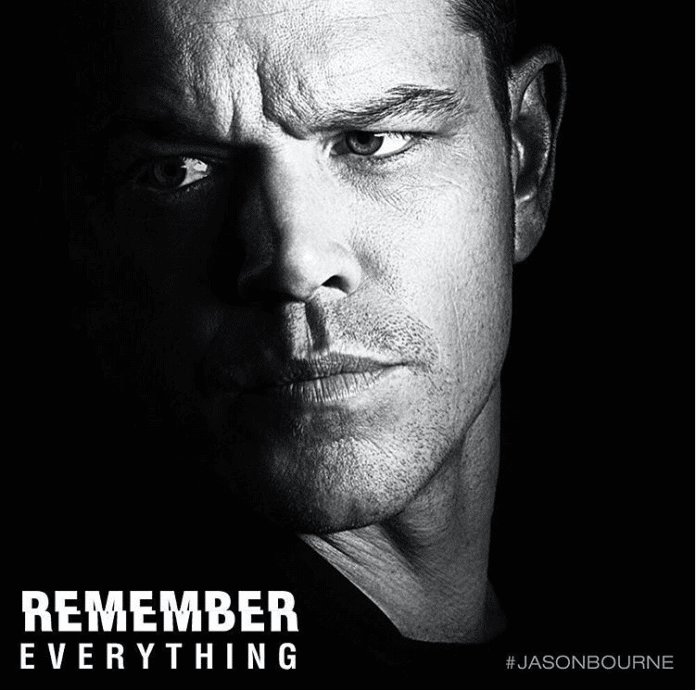 Damon started with bodyweight exercises to build a strong base. By the time the movie Jason Bourne was filming, Matt Damon was bench pressing 250 pounds! Not only that, Matt Damon could also put Ben Affleck into a headlock at will. In Jason Bourne (2016), Matt Damon is a lot more muscular than ever before. 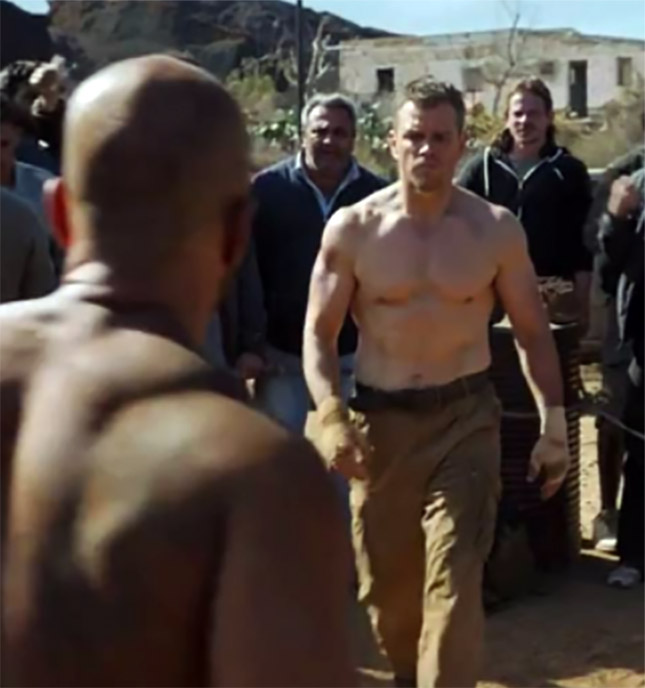 This was all due to the training he got from Jason Walsh. Celebrity trainer Jason Walsh is one of the most famous trainers in Hollywood. Based @ Rise Nation in L.A., Jason Walsh is the mastermind behind the fitness routines of many movie stars. For more examples of his method, check out the Bradley Cooper, John Krasinski, Ashley Green and Jessica Biel Workouts. 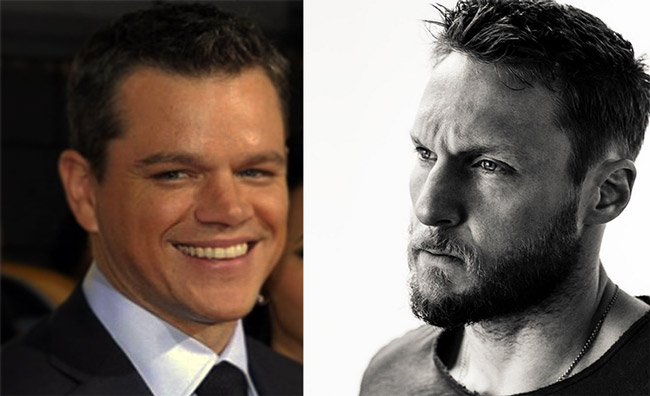 After developing a strong core, it was time for the real fun to begin! Matt Damon’s workout for Jason Bourne was intended to get him ripped and chiseled. Instead of focusing on one muscle group per day, like chest or upper body, his trainer prefers total body workouts. The advantage here is that incorporating more muscles requires more oxygen, and burns more calories. This helped Matt Damon to bulk up while burning fat. These total body workouts included: 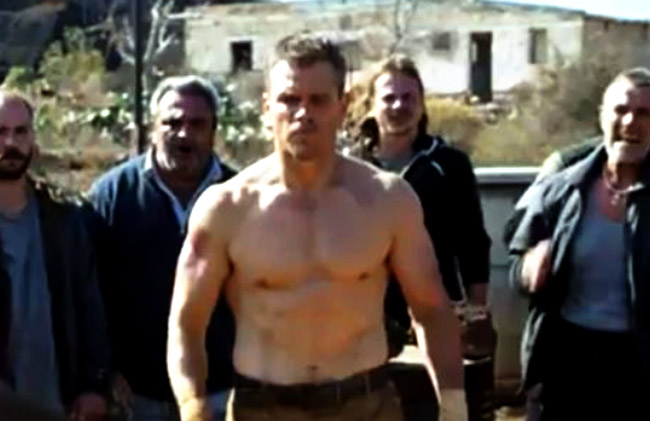 For arms, Jason Walsh says you start with compound movements before focusing, as he says it’s:

All about getting good at doing as assortment of pushups and pull-ups. Along with these exercises, you can start to do more focused routines. 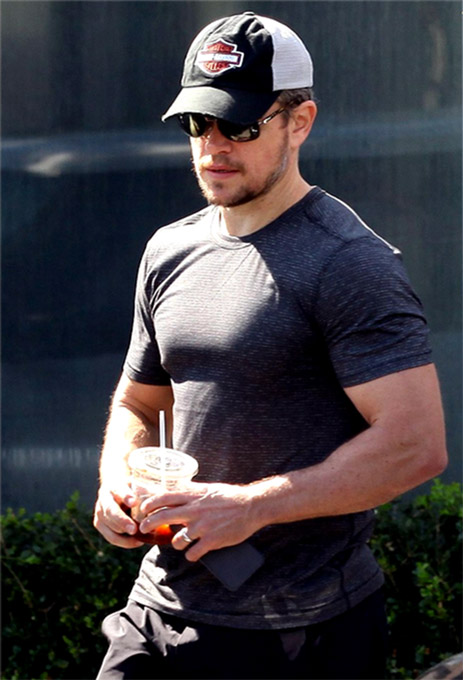 A lot of people don’t know what it’s like to work that hard and work that long. We had been working out for a year-and-a-half straight. He worked his @ss off. I’m really proud of him.

The Jason Bourne workout includes cardio. Matt Damon especially did cardio to prepare for his shirtless scenes. the Matt Damon workout features something called the VersaClimber. Jason Walsh loves to put all his celebrities on this machine. He loves it because it’s a total body, cardio workout. More importantly, the VersaClimber burns a ton of calories! Here is Matt Damon and his trainer working out in Los Angeles:

On the VersaClimber, Matt Damon was give quick challenges, like trying to see how fast he could ‘climb’ 100 feet. They would do 12 total sets (see Instagram caption above). To burn fat, the team also did a bunch of 1 minute HIIT sprints, followed by 30 secs rest. (Repeat 10-15 times). Or, they would do Tabata training (8 rounds of 30 seconds on / 30 seconds rest). 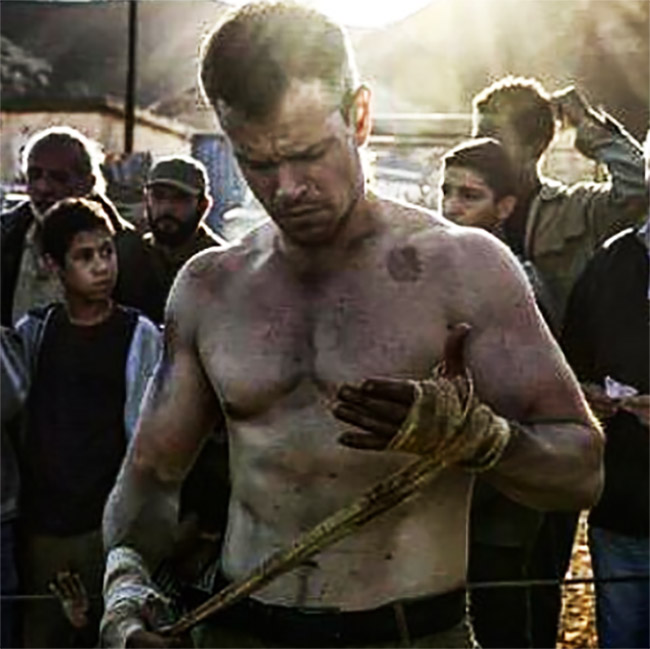 Jason Walsh says the VersaClimber is the centerpiece of any cardio workout he uses because:

The climber allows you to utilize both the upper and lower body. So, they’re working together, recruiting more muscle, more oxygen and burning more calories than any other product on the market.

When not working with celebrities, Jason Walsh performs 30-minute classes in New York and L.A. In Los Angeles, he turns the room pitch black, so all you can see are the Hollywood Hills.

Matt Damon’s diet for Jason Bourne was limited to 2,000 calories per day. To get cut for shooting the movie, Matt Damon was closely monitored as he limited his water intake. This was just for a few days of filming his shirtless scenes. His trainer, Jason Walsh, instructs him saying:

You start off drinking quite a bit of water the week leading up to the shooting. Then, you start to cut back around 2 days before a specific shot. So, on that day, you don’t have a lot of water in your system.

When the Jason Bourne movie was finished filming, Matt Damon was finally able to have a cheat meal. He says he opted for the thing he was craving the most. A Large Pizza. And, judging from his workout routine, Damon definitely deserved it! 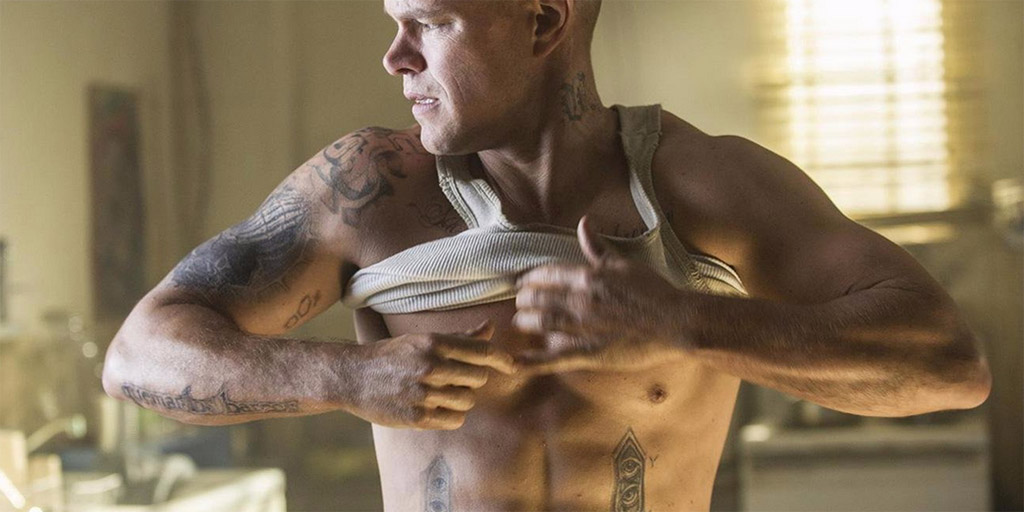