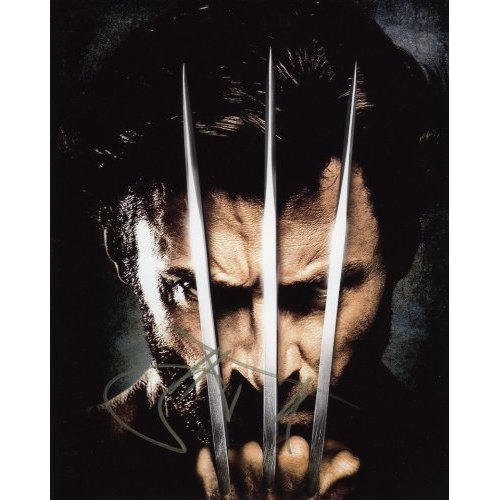 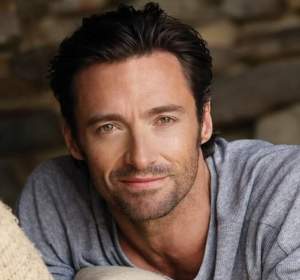 So, here’s the Wolverine Workout based on the trainer’s exact advice (Hugh Jackman did this workout for 6 months straight, prior to and while filming The Wolverine (2013): 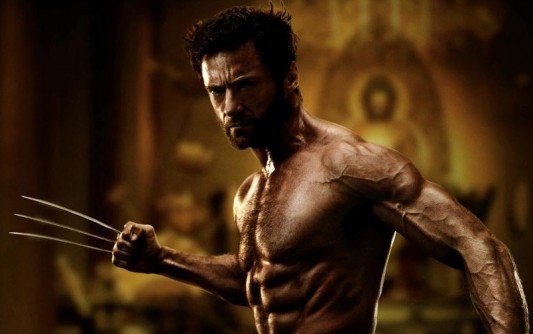 The Hugh Jackman Wolverine Workout Monday routine starts with a Chest & Arms workout, followed by 45 minutes of low-impact cardio on an empty stomach. The key is to do weightlifting and cardio before the first meal of the day to burn the most fat. Hugh Jackman used rowing, elliptical, and spinning bicycle machines to get his cardio in. His trainer says that you can use a treadmill, but Hugh Jackman did not because they couldn’t risk a high-impact type of injury.

So, you finish the Monday workout by doing 4 exercises #6-#9 all at once. Rest 60 secs after the Superset, then do all four exercises again. 3 sets of 8 reps of each exercise, 1 circuit at a time, will do the trick. Hugh Jackman workout trainer, David Kingsbury, would have Hugh Jackman workout first thing in the morning on an empty stomach. Kingsbury suggests doing a 2nd cardio in the afternoon if your goal is to lose weight.

David Kingsbury, Hugh Jackman’s trainer, says that The Wolverine Workout cardio is based on Hugh Jackman’s fitness levels. As the weeks went by, Kingsbury increased the cardio levels of the Hugh Jackman workout. He says that if you’re already in great shape, you can start doing Week 8-12+ right away.

Here is Hugh Jackman talking about The Wolverine Workout:

The Hugh Jackman Wolverine Workout Tuesday routine starts with a Legs & Abs workout, followed by 45 minutes of low-impact cardio on an empty stomach. In the first four weeks of The Wolverine Workout, they used 5, 45 minute low intensity cardio sessions per week, and one sled session. The sled session would be done on a rest day, usually Wednesday or Sunday. If you need a day of recovery during the week, take a day off and just do a sled or interval cardio session. Then, bump the weight training down a day for the rest of the week.

The Wolverine Workout often uses Rowing Intervals. Here, you do 1600m of sprints. Start with a warm up at a moderate pace for 500m. Then, sprint 100m on the rowing machine. Now, you get to go slow for 100m. Repeat both sets 7 more times. This will get you to 1600m. Also, Hugh Jackman does 30 secs of all-out rowing, followed by 60 secs of slow speed. Continue for as long as you plan to go.

Hugh Jackman also does spinning bike intervals. Here, you do a warm up, then sprint for 30 secs followed by 60 secs of slow speed (just like the rowing). For the early morning cardio, done after the workout but before first meal, Hugh Jackman does steady pace rowing, elliptical, walking, or spinning bike while staying in the 60-65% of his max heart rate (MHR). Hugh Jackman’s trainer says that you can use a treadmill, but Hugh Jackman did not because there is a higher risk of injury when using a treadmill. They did not want Hugh to get hurt while doing the Wolverine workout. 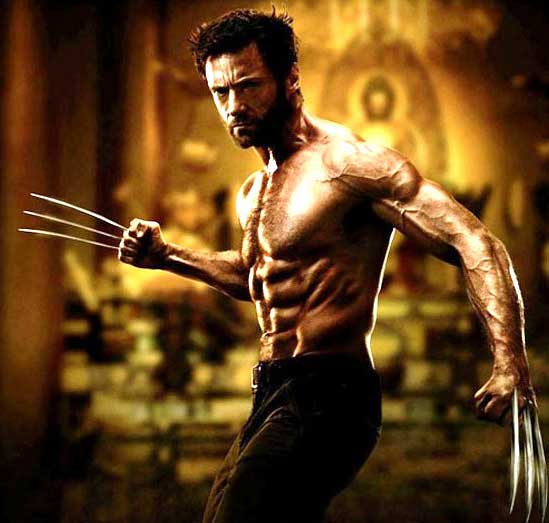