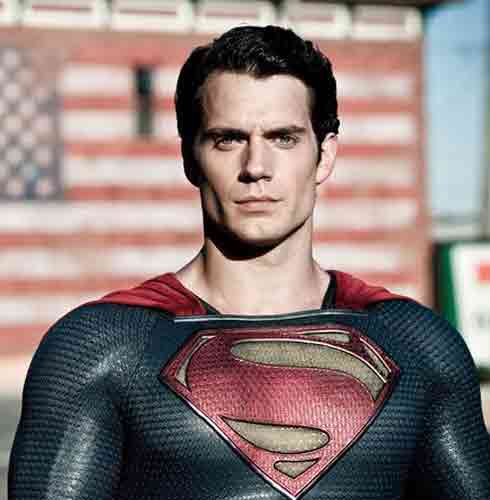 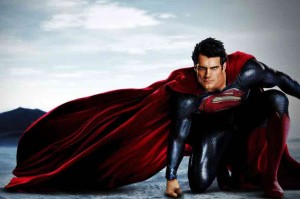 (See 1:05 of this video for a glimpse at Henry Cavill doing a Kettlebell Squats.)

He asked me a lot of questions about my goals. Then he asked, ‘Would you like to do steroids or HGH to get you where you want to go?’ ‘I immediately said no.’ And he said, ‘Good, because if you did, I wouldn’t train you.’ 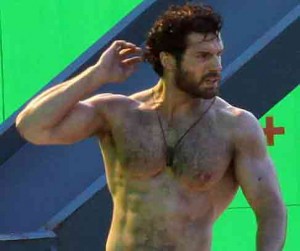 “Jonestown Sprint:”45 secs of each exercise. 2 sets of each (perform as a circuit). 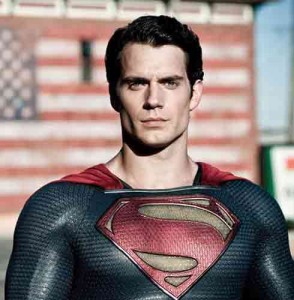 Kettlebells are great because they work your entire body. In addition to focusing on the body part you’re working, you have a tendency to activate your core with kettlebells. Also, if one part of your body is weak, it will be tougher to work with kettlebells until that part is strengthened.

If you don’t have access to kettlebells, try to get some or use dumbbells. Here is Henry Cavill of Superman: Man of Steel talking about getting in shape and random stuff about the Superman movie:

(sub: lat pull-downs and more pullups if you don’t have medicine balls) When Henry Cavill was on-set, he was seen doing pull-ups between takes (video on page 3).

Trainer Mark Twight says about starting this upper body and back workout:

Dirty 30’s: (Do following 4 exercises, you have 1 minute to complete each. Find an amount of reps that’s challenging for you to do in 50 secs. Then, in the other 2 sets try to continue to get everything done in under a minute. The idea is to reward you, if you move fast, by giving you some rest. But, it gets harder as you go longer. Use remaining time to rest. 3 sets.)

The Henry Cavill workout used used kettlebells placed in a tub, to do the sled pulls. Use whatever you can make/find to get this done. If you want to be less functional (the Superman workout is about mimicking things that he would do in real life) then you can do Seated Pulley Rows instead. 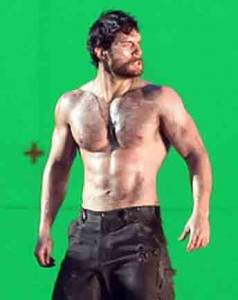 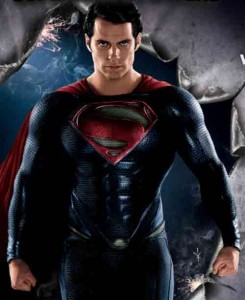 See 1:08 of this video for a glimpse of Henry Cavill doing Walking Lunges with a sandbag. Director Zach Snyder, who also did the 300 movie, says about the Henry Cavill workout with Mark Twight at Gym Jones:

I love Mark Twight’s [Superman workout trainer] approach to the actors and physicality. When we were doing 300, you see actors who make the workouts part of their acting. That’s what Mark loves to get at. And, it’s fun for me.

Zach understands physicality in a way other directors don’t. It’s a little bit unusual for us to train actors. We started training some fighters, that developed into training athletes, and then actors.

Here’s Part 2 of Soldiers of Steel. Mark Twight, the Henry Cavill workout trainer, shows part of the workout that he uses with the National Guard. This one focuses on the warm up: