A lot of us feel weighed down by processed foods that are filled with sugar, salt and all sorts of interesting ingredients that we can’t even pronounce…It’s really important to eat simple, clean, seasonal food. 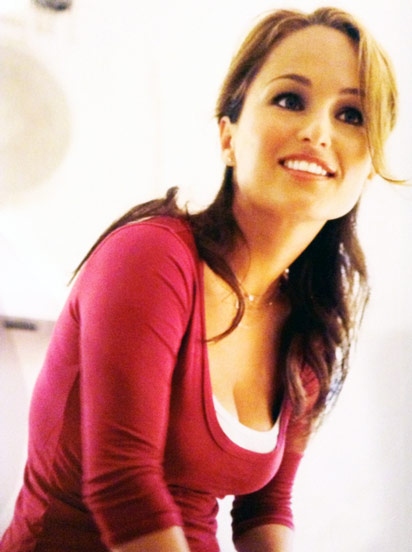 I’m an olive oil freak. It moisturizes your body on the inside. And, the way you feel on the inside reflects how you look on the outside. 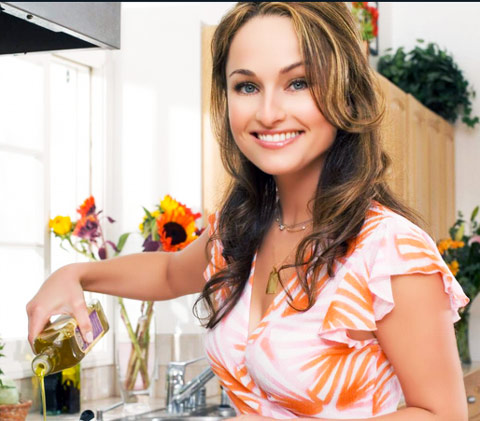 About avocados, Giada De Laurentiis gushes that the healthy fat:

It has so many nutrients that are good for you. I eat an avocado with a little salt and lime. Half an avocado for breakfast is one of my favorites.

She is also known to make a mousse out of chocolate and avocado. But, you’d have to watch her show for that. On coconut oil, Giada De Laurentiis says she likes to cook with it because it’s healthy and makes your skin look better. 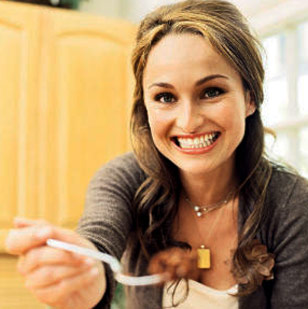 About almonds, another healthy fat in her diet, Giada De Laurentiis says:

I make my own trail mix. I add almonds, dried fruit like dried cranberries, and add chocolate chips.

She says you can usually find this trail mix in her purse. She puts all her chocolate chips in her freezer, so they melt slower in your mouth. This helps her eat less.

About her diet while cooking food all the time, Giada says her secret to an amazing body is:

Small portions, I never eat too much. And if I overdo it one day, I know to watch it the next. I also do a lot of yoga.

For a quick burst of energy, Giada De Laurentiis says her secret is espresso. She grew up on it, and says she sticks with it when she needs a boost.

Even chefs need help when it comes to weight loss. The Giada De Laurentiis weight loss plan is based on getting advice from her yogi, Kathryn Budig. 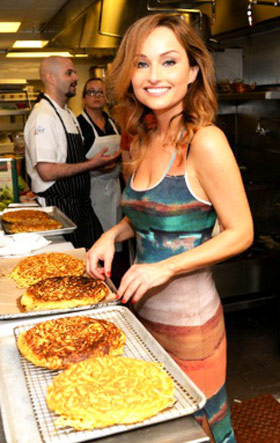 Based on this interview, when she is trying to lose weight, Giada De Laurentiis’ diet includes:

I always incorporate lots of veggies and fruits. I eat a little bit of everything, and not a lot of anything. I think in life, that’s sort of my motto.

Know anyone who would like the Giada De Laurentiis Workout? Or anyone who wants to get a killer body like Giada’s? 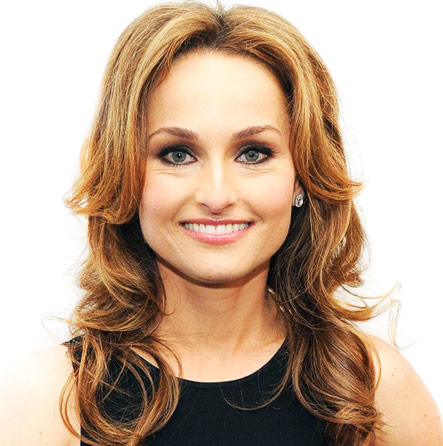