Home Male Celebrities Gerard Butler 300 Workout & Diet: How He Got A Spartan Physique 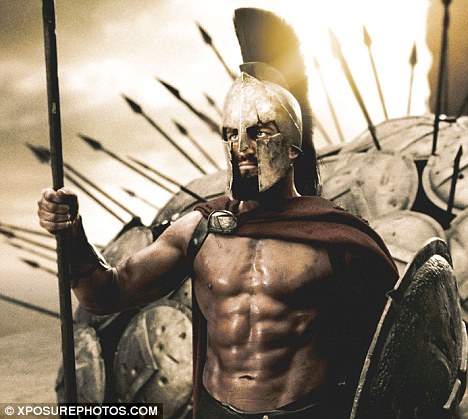 I wanted to look really strong. I’ve seen so many actors play these kinds of roles, and you see all this equipment on either a big belly or skinny little arms. 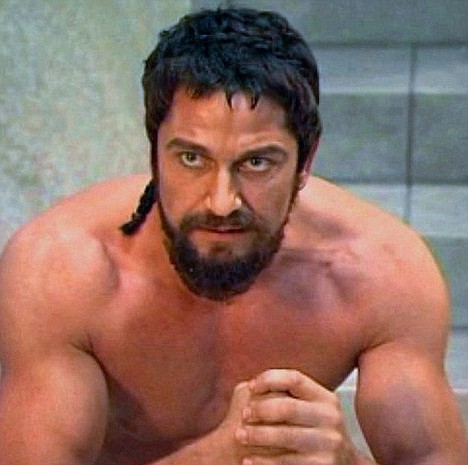 Sources for the Gerard Butler 300 Workout Routine include:

The Gym Jones team that supervised the Gerard Butler 300 workout had them train twice a day.

1st workout: (Same as table above, described in detail)

When there are psychological changes, the physical changes will fall into place. If you can teach someone’s mind to be strong, then it is easy to teach the body to be strong. The first and most important point of our philosophy is that The Mind is Primary.

One goal of the 300 workout routine, according to trainer Mark Twight, was to:

Turn them into a gang, a unified force whose trust and belief in one another would be obvious on the screen.

Upper Body: (Same as table above, described in detail)

Dirty 30’s: (Do following 3 exercises, you have 1 minute to complete each. Use remaining time to rest. 3 sets.)

1 minute for each station. Find a challenging amount of reps you can do in 50 secs. If you go fast in the following sets, you get rewarded with rest. The only rest you get is if you finish in under 1 minute. If you start to dog it, you lose that rest time. It’s psychological. Like a lot of the exercises you’d expect from a gym called Gym Jones.

Get everything done in 1 min or less. If you move fast, you get to rest. But, it gets harder as you go longer. You may find there This makes it harder to find rest time between sets.

See The Gerard Butler 300 Workout for Wednesday – Friday on the Next Page.