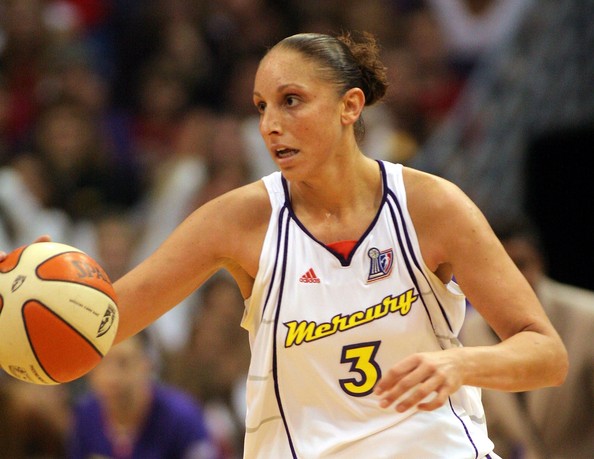 Winner of 3 NCAA titles, 2 Olympic Gold Medals, and 2 WNBA titles, the Diana Taurasi workout is about always shooting, no matter where you are. She performs well in games because of all the practice time, shooting, that she puts in. She loves being under pressure, as it is her time to shine. When not shooting the basketball, Taurasi also likes to play tennis as an alternative to her regular workouts.

Although some consider Diana Taurasi, or Dee, to be the Kobe of the WNBA, others find her to be very unique in playstyle. Whether it is during a Diana Taurasi workout, or in a real game, she admits that the only thing she is ever guilty of, is taking too many jump shots.

Diana Taurasi showed off another side when she posed for ‘ESPN The Magazine’ Body Issue. Taurasi took some time off from her shooting on the court, to do some risque shooting off the court.  The publicity from the event has been positive, and she has gained more endorsements as a result. She is one of the few female athletes to have her own shoe, and has many new ads including deals with Gatorade, the milk industry campaigns, and most recently Dove. Posing for the ESPN Body Issue was fun for Taurasi, who didn’t need a special workout to get in shape for the cover. Although she first said that was something she would love to do again, she now admits its probably something she won’t think about for awhile.  Maybe when she is lying on a beach, at 50 Taurasi says, she’ll uncover the magazine and remember what she used to look like when she was younger and working out.

The Diana Taurasi workout is pretty straightforward, as a basketball sharpshooter is going to spend most of their time working out by taking shots. She doesn’t care too much about her diet, is a meat eater, and frequently tries new things. A typical day, in the Diana Taurasi is a routine that looks like this:

Know anyone who can benefit from the Diana Taurasi workout?

Looking for more Celebrity Workouts For Women? Get The Best Female Workouts Here!