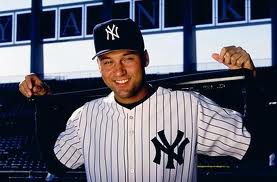 The Derek Jeter Workout is all about keeping his core and legs super strong. Derek Jeter uses a workout that utilizes super sets. Also, Jeter is constantly focused on core strength. As a shortstop that has to constantly be bending down, squatting, and lunging for the ball, his workouts emulate these movements. If you have ever fielded a ton of grounders, then you know the importance of core strength in baseball. 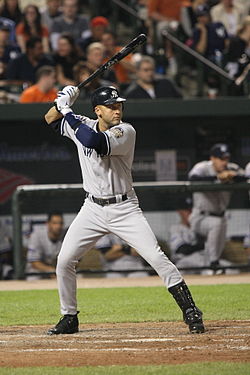 Earning such nicknames as “Captain Clutch” and “Mr. November” has made Jeter very popular. Even fans of some of his biggest rivals admit they don’t hate him. Most notably, Derek Jeter has a World Series average of .351. He has served as the New York Yankees team captain since 2003.

Derek Jeter uses a lot of super sets to bulk up. Still, the most important thing about the Derek Jeter workout is the core.

“You’re always swinging, fielding, and throwing off-balance, so you have to constantly work your core.”

Despite Derek Jeter’s busy lifestyle and long list of girlfriends, he still puts working out as one of his top priorities.

“You just have to find the time. So many people are insanely busy nowadays and it’s easy to say, ‘ah, I’ll workout tomorrow.’ But you have to set aside a time and stick to that schedule. I like to hit the gym early in the morning. I feel better throughout the day when I get in a workout first thing in the morning. By the evening, you’re tired and it’s just too easy to say you’ll do it tomorrow.”

Before working out, the important thing for Derek Jeter is to get loose. He gets loose with calisthenics before each training session. Research at the US Military Academy has found that this approach helps you sprint faster, jump higher, and throw harder immediately afterward. The Derek Jeter workout starts with 30 seconds of each:

On Mondays, Wednesdays and Fridays Derek Jeter does a Super Set workout. He does three super sets pairs. Each one has a pushing exercise, combined with a pulling exercise. This prevents muscle imbalances that can sometimes lead to injuries. It also builds core strength, and a symmetrical physique.

Do the two moves in each super set back-to-back without taking a breather, and then rest for one minute before progressing to the next super set. Complete three sets.

On Tuesdays and Thursdays, the Derek Jeter workout is all about a core routine. Derek uses Stability Ball Hamstring Curls, Rotational Cable Lifts with a Squat, Hammer Pulls, Core Busters, and the Overhead Dumbbell Press. Overhead Dumbbell Presses are important because they keep your core tight and work your shoulders at the same time.

“I try to focus on core-building, agility, and flexibility. It’s a lot easier to stay in shape, than it is to get in shape.”

The Derek Jeter workout was authenticated from his interviews with:

Here’s the description of some of the Derek Jeter exercises:

Derek Jeter workout advice on the importance of Hamstring Curls:

“For baseball, you’re swinging a lot and you’re throwing a lot. You’re getting your core ready. This is a warm-up you do before every game.”

Rotational Cable Lift with a Squat

Derek Jeter Workout advice on the importance of Rotational Cable Lift with a Squat:

“You are generating power through a hip and trunk rotation, while maintaining core stability to move the cable as fast as possible in a diagonal direction.”

Derek Jeter workout advice on the importance of Core Busters:

“The most important thing is the core. You’re always swinging, fielding, and throwing off-balance.”

In regard to Derek Jeter diet, Jeter says he eats really well. Still, he thinks people would be surprised to know that he eats a Peanut Butter and Jelly Sandwich before every game. His favorite post-game meal is Chicken Parmesan. Below is a video that details the Derek Jeter Workout Core Routine exercises.

Know anyone that can benefit from the Derek Jeter workout?