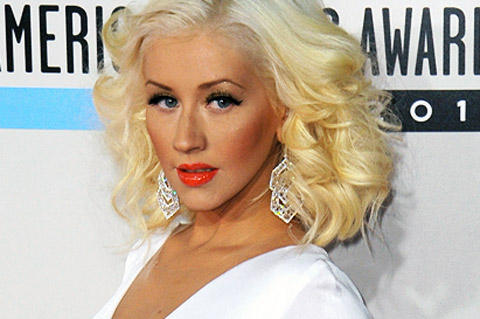 In 2013, Christina Aguilera lost 40 pounds by performing daily yoga, and using a low-calorie meal service for her diet. The key was taking time off from The Voice to de-stress, and achieve her weight loss goals.

In show-business since she was 8, Christina Aguilera constantly showcases her passion for wanting to be on stage. Aguilera won’t let gaining weight, or any other battle, keep her from being in the spotlight.

Not that being overweight could ever keep her from being on stage. Christina Aguilera’s voice is one of the best of our generation. The beauty of her voice transcends anything a critic could ever say about her body.

Still, Christina is ever the performer, and she has always found a way to get back in shape. Her passion for performing drives her to be the very best. Despite any setbacks life deals her, Christina Aguilera has always been able to regain her beautiful body.

Christina’s first diet was designed to help her lose weight after her first pregnancy in 2008. In 2009, she used another workout and diet to lose weight for her movie, Burlesque.

Christina Aguilera again dieted in 2013 during a break from The Voice. She returned to The Voice in 2013 with her most remarkable body transformation ever. Since it was so amazing, we’ll cover that diet and transformation, below:

The Christina Aguilera diet comes from her one-on-one interview in Life & Style:

This doesn’t mean Christina never cheated on her diet. For her, weight loss is always a balanced approach of sticking to her diet plan vs. splurging on occasion.

For example, she often has a glass of wine at night. She recently told VMagazine:

As a woman, I’m proud to embrace my body through all stages of life. Staying fearless and confident in surrendering to the unknowns the future has in store.

Aguilera had her first baby in January 2008. Becoming a mom, Christina Aguilera went through many new challenges on her weight loss journey. These challenges included having a body that was suddenly much different than what she was used to. 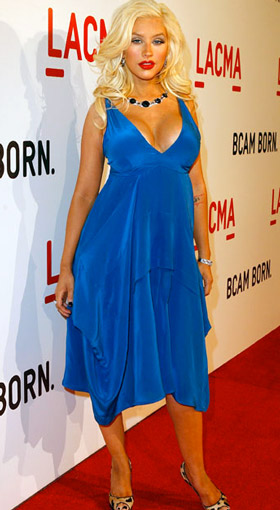 Going through her first pregnancy, Aguilera found it difficult to maintain the body and curves she was known for. Christina realized there’s a whole host of new challenges that come with being a mom.

In 2009, Christina Aguilera tapped celebrity trainer Tee Sorge to help her lose weight. Aguilera would be starring in Burlesque with Cher, and weight loss was crucial for the role.

Getting in shape for Burlesque, Christina noticed that her weight loss and toning made her feel more defined, more sexy. She talked about her new body:

As you feel your body getting stronger, you become motivated to be in the gym. When you’re defined, it’s sexy. I exercise because it makes me feel good.

Christina lost 40 pounds by working out with her trainer and eating a low-carb diet. By taking a year off in 2009 to train, lose weight, and film Burlesque, 2010 was shaping up to be great.

Christina suffered from a breakup in 2009, and an eventual divorce from Jonathan Bratman in 2010. Most of of Christina Aguilera’s weight gain had been attributed to her pregnancy up to this point, but the divorce took a serious toll.

On top of the divorce, a box office flop of Burlesque and less-than-stellar record sales of Bionic played a major part of her weight gain in 2010. This lead to more criticism from the media about her body weight.

I don’t weigh myself…What looks good on one person might not look good on another body type. I happen to be very confident in my own skin. It takes time to get to that place. But, it’s all about embracing yourself and your body.

Aguilera also dealt with a lot of stress being a coach on The Voice, while trying to pump out new hit records at the same time.

The Challenge I’ve always had is being too thin. So I love that now I have a booty, and obviously I love showing my cleavage.

In 2012, Christina continued to be criticized, but that only galvanized her love for her own body image, saying:

I’ve been criticized for being on both sides of the scale. It’s noise I block out automatically. I love my body. My boyfriend loves my body…so that’s all that matters to me.