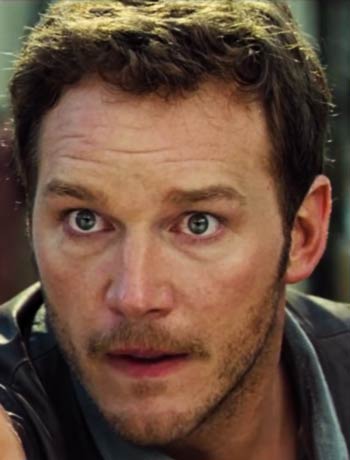 Prev post1 of 2Next
Chris Pratt’s Jurassic World workout launched the actor into Hollywood’s A-list status. Tired of playing the chubby sidekick, his new workout transformed his body. Chris Pratt plays the role of “Owen,” who leads a team of adventurers into Jurassic World, the sequel franchise to Jurassic Park. Getting in shape for the movie, there are scenes where even dinosaurs don’t want to mess with him. 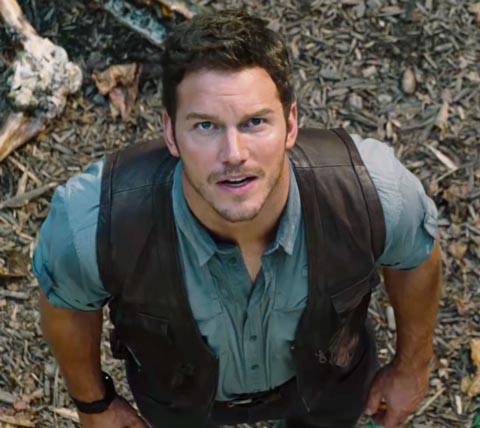 Chris Pratt first got fit for Guardians of the Galaxy, and he again showed off some muscle in Jurassic World. Before getting fit, Chris Pratt admits that other actors didn’t know who he was, and would even hit on his wife, Anna Faris, right in front of him. 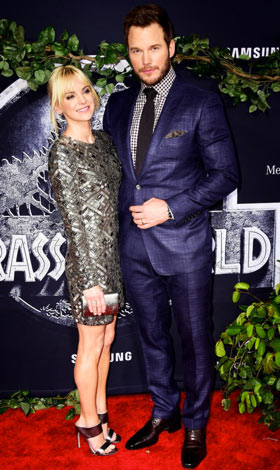 Now that he’s in shape, Pratt says everyone knows who he is. No one dares hit on his wife, except himself, of course. The goal of Chris Pratt’s workout was to gain muscle and lose weight.

Chris Pratt’s Jurassic World workout starts on Monday, where his trainer has him focus on back. One of the largest muscle groups in the body, training your back sends recovery-mode hormones throughout your body. Pratt would also start each workout with a 10-minute treadmill warm up, and finish with an abs routine. 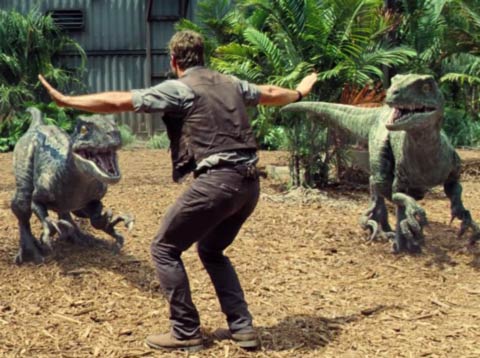 He’d lift weights four or five times a week for an hour at a time. For the first few months it was mainly traditional bodybuilding sessions to add size, targeting specific muscle groups on separate days.

Pratt continues his workout on Tuesday by hitting another large muscle group, this time his chest. Naturally working his arms, along with his chest, there are some triceps exercises, too.

The Weighted Dips and Standing Cable Flys exercises are done together, as a superset. Normally, you rest a minute between exercises. For these, do both without rest, as you’re trying to wear out your chest and triceps muscles.

The Jurassic World workout continues on Wednesday with his focus on another large muscle group, his legs.

Leg Press “Strip Sets” means Chris Pratt starts with as much weight as he can do, in just a few reps. After those reps, his trainer remove a plate from each side and he again does as many as he can. They continue this “Drop Set” until there’s just one plate left on each side. 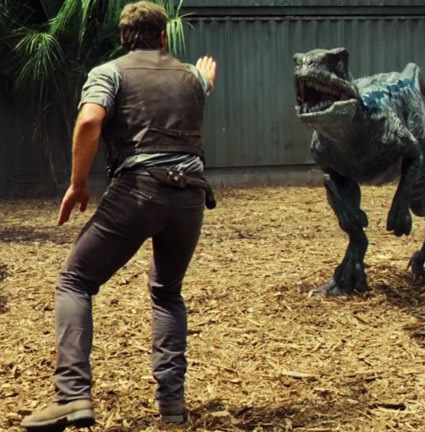 Chris Pratt also  supersets the last three exercises. He does Leg Extensions, Leg Curls and Standing Calf Raises, all without rest. Then, he rests one minute, and repeats the set. Duffy Gaver, Chris Pratt’s trainer, says the key to getting in shape is:

consistency, working out every single day, and eating properly. Not starving, but giving yourself proper nutrition to heal. You have to burn off all the crap you put in your body. And then you have to replace it with really good fuel.

See the Rest of the Chris Pratt Jurassic World Workout, on the Next Page.