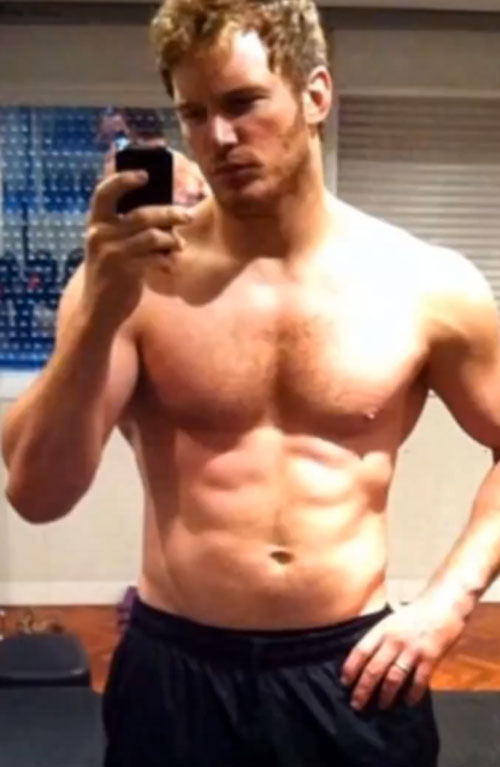 Chris Pratt’s diet was mostly Paleo, as Pratt had to give up most carbs. He was still allowed to have oats and rice, though, so not strictly Paleo. Chicken, broccoli and brown rice: That’s the staple of the Chris Pratt diet. 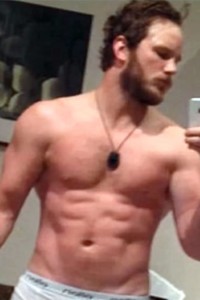 Chris Pratt’s diet needed a way to turn up the heat of his metabolism. Therefore, his diet was high calorie, to complement the fact he worked out hard with his trainer, Duffy Gaver. The Chris Pratt workout was very intense, and recovery through diet was of utmost importance. Trainer Duffy Gaver also tapped top nutritionist, Dr. Philip Goglia. Dr. Goglia showed Pratt how eating more at the right time actually revs your metabolism.

Dr. Philip Goglia shared the diet advice he gave Chris in his book, Turn Up The Heat. As you can see, Dr. Philip Goglia is also behind the success of celebrity diets including Gillian Anderson, Jeff Goldblum, Kim Delaney and Owen Wilson: 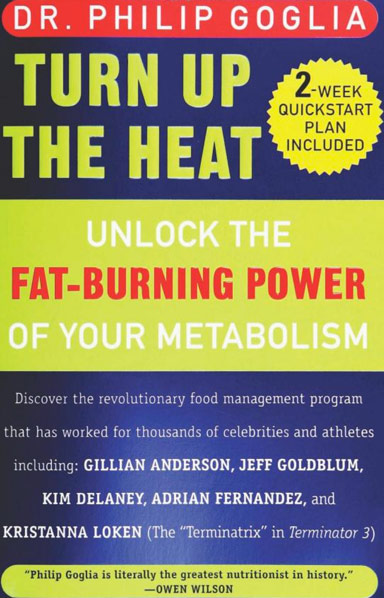 To learn more, get the book that helped Chris Pratt with his diet & total body transformation, check out the book behind Chris’ diet: Turn Up The Heat: Unlock the Fat-Burning Power of Your Metabolism.

After working with Dr. Goglia, Chris Pratt upped his caloric intake to 4,000 calories a day. He also focused on cutting out junk food, drinking lots of water, and–as he mentioned in his famous Instagram post–giving up beer entirely.

Drinking water all day long was the hard part for Chris Pratt, as he says:

I was peeing all day long, every day. That was the hard part.

When it came to Chris Pratt’s new diet, it was about eating more, but eating smarter, as well. Chris Pratt says:

I actually lost weight by eating more food, but eating the right food, eating healthy foods, and so when I was done with the movie my body hadn’t been in starvation mode. 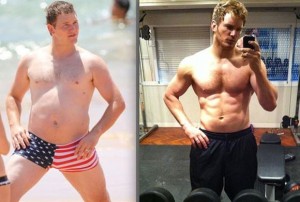 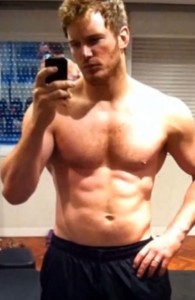 Working with Phil Goglia, they toned down the starches even further to help with Chris Pratt’s weight loss. Talking about dedication to diet working out, trainer Duffy Gaver says:

Chris Pratt Diet for The Guardians of the Galaxy

The staples of the Chris Pratt diet for The Guardians of the Galaxy include:

At the San Diego Comic-Con, Chris Pratt talked about the struggle of being fat vs. fit:

I’ve been fat for the last 8 years. I loved eating food, drinking beer and having fun with my life. But, I got depressed a little bit when I was fat. I think there’s probably people out there who can agree, and understand what that feels like. And I tell them: Hey, if you just like bust your a$$ and get after it, all it takes is 6 months really. 6 months flys by, whether your working out everyday, or you’re not. So, if you feel compelled to try to do something about, just do it. 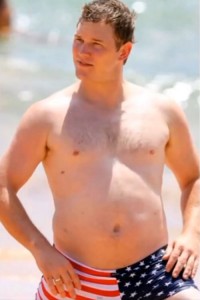 Chris Pratt did say that his diet was a struggle, though, as he says about his strict diet:

The struggle to eat properly comes with its own rewards. Chris Pratt was able to achieve the fit, superhero body he wanted. He looked like the comic book Superheros he read and action figures he played with during his youth. That was his goal, working out and dieting was the means to that end.

Chris Pratt And Anna Faris On His New Body 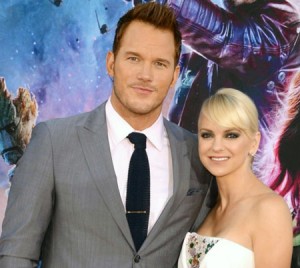 He’s Super Sexy..But he’s also always hungry. I like it when he has a little more pudge on him. It makes me feel more feminine.

Chris Pratt went on to explain to TMZ that his wife likes him looking big (and a little fat). This way, she looks skinny in paparazzi photos by comparison. 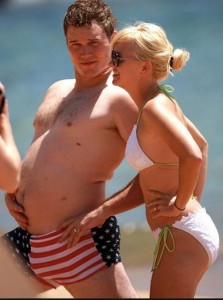 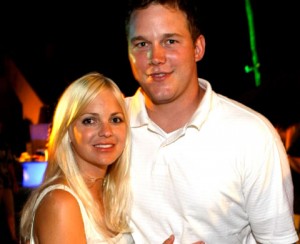 The first 20 pounds was sympathy weight because my wife was pregnant, I was gaining weight as she was gaining weight … The other 35 pounds I did just by declaring that I was going to do it. And then my rule of thumb became: If it’s there, eat it. And then I would order two entrees at every meal. I would always have dessert, and I would drink the darkest beer on the menu. 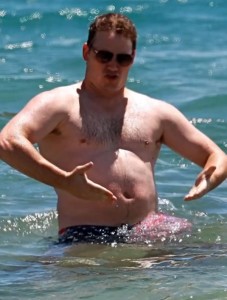 To lose weight, Chris Pratt knew he had to change his ways. He remembers thinking:

‘Boy, I’d love to eat this hamburger right now,’ I’m considering a little further into the future. I’m thinking, ‘I eat that hamburger and that’s 1,200 calories, and I’m gonna work out tomorrow and burn 800 calories. I may as well eat a salad here, still do that workout, and then I’m actually making progress.’ 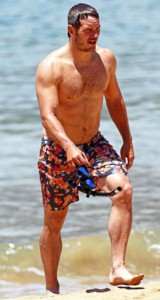 Pratt says that you want instant results when you want to go from gaining weight to weight loss:

What you want is instant results when you’re out of shape. You want your teeth whitened in 45 minutes with the use of lasers. But when you’re in shape, you know it’s the result of doing a little bit every day. 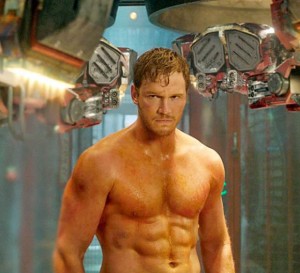 Chris Pratt did not use any supplements for his weight gain or weight loss. His trainer says that eating the right food is what’s important. Gaver says that chicken breast is the real dietary powerhouse.

Talking about his perspective on supplements, and why he didn’t want Chris Pratt to take any, personal trainer Duffy Gaver says:

I’m a big proponent of food. I have a hard time with the fact that the [supplement] industry is about 90 percent industry, and about 10 percent fitness. The focus is not so much on food. They give you a protein powder that you pay 50 dollars for, which has no thermogenic effect, so then you have to turn around and buy a jar of pills that cost 40 dollars to get that thermogenic effect, when you could have just had a piece of chicken that would give you the protein and the thermogenic effect of breaking down food and utilizing it.

Chris Pratt, Zoe Saldana and Vin Diesel talk about “Guardians of the Galaxy” at Google:

Here you can see Chris Pratt talking about “Guardians of the Galaxy:”