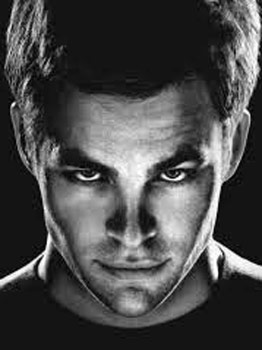 Prev postNext post
The Chris Pine Workout combines supersets, cross training and metabolic circuits. To prepare for his movie roles, the former Star Trek actor is constantly focused on how to to stay fit & in shape. 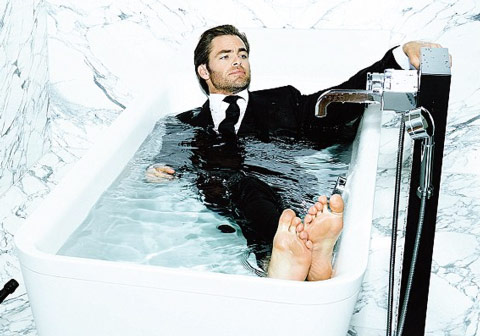 For the last Star Trek, I wanted to be a bit bigger and chunkier. I ate a lot and worked out religiously. I do yoga, boxing, circuit training and weight lifting.

The Chris Pine workout routine starts when he wakes up. To get his metabolism going, he does a daily superset. This alerts his body that he needs energy right upon waking up. This helps to keep him fit, and in a fat-burning state throughout the morning. 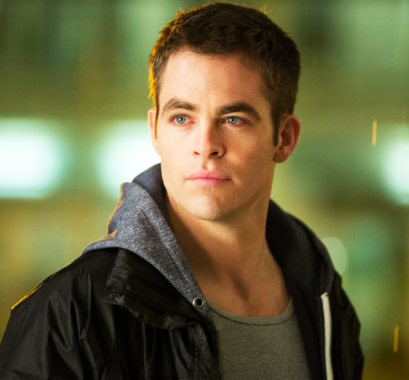 Chris Pine’s morning workout routine is all about keeping a good posture. Swiss Ball exercises help work your abs and back. By developing a strong core, you keep your body healthy.

Interested in this exercise? Get a Stability Ball (on Amazon), to protect your back and strengthen your core. 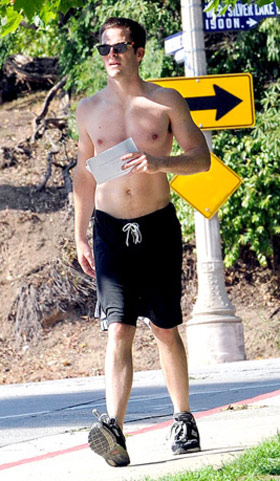 Chris Pine’s Cross Training workouts are developed by his trainer, Paul Vincent. Cross training typically means getting out of your comfort zone, and performing athletic activities you’re not used to. The idea is to take what you learn, and apply it to your primary goals.

Boxing Circuit: 2 sets of each (1 minute of rest between each set)

Cross training workouts can also just be a way of trying something new, while getting a good workout in at the same time. Chris Pine told Men’s Health that his cross training workouts usually consist of yoga and boxing. He also likes to run the streets and hills around his city. He loves to get out of the house. 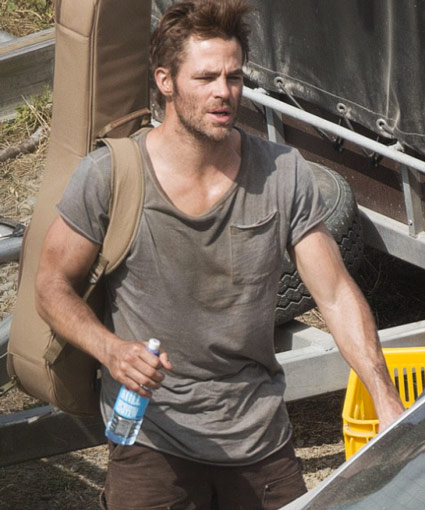 While these workouts tone his muscles, both workouts are primarily considered cardio, or fat-burning based, activities. This helps keep Chris Pine fit & in shape. But, the real fat-burning comes from the circuit training Chris Pine does at Altus Sports, below.

To burn fat while preparing for a movie shoot, Chris uses metabolic circuit training. This is where you perform athletic, strength-based movements at a brisk pace. The gym at Altus Sports in Santa Monica is designed for this type of circuit training. 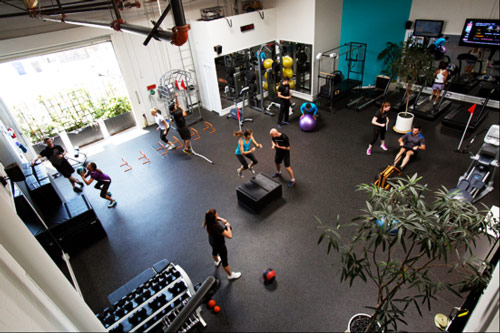 Paul Vincent trains actors/actresses, as well as NFL, NBA, MLB and Olympic athletes. Metabolic circuit training is at the core of most of his routines for celebrities. Chris Pines’s workout is no exception. Pine told Men’s Health he uses the “500 Club” as one of his circuit training routines.

While your ultimate goal is to get 100 reps of each move, the idea is to get as many reps as you can in 1 minute. If you can’t get all 100 reps done, then take another minute (or 2) to finish. Then, move onto the next exercise in the circuit.

As seen in the picture above, there are many other exercises you can use. Kettlebell swings, medicine ball throws, broad jumps, and rowing for example. 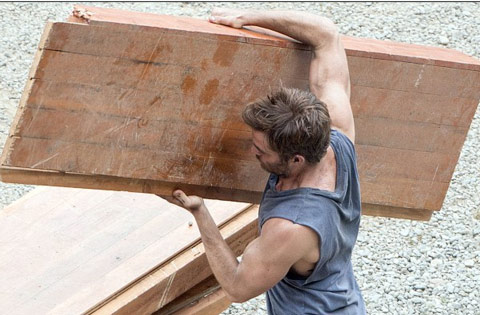 Working out, and being a celebrity, has its rewards. Chris Pine is currently said to be dating Zoe Kravitz. Zoe is an American model and actress, and the only child of legendary musician Lenny Kravitz. In the past, Chris Pine’s relationship status has been linked to: 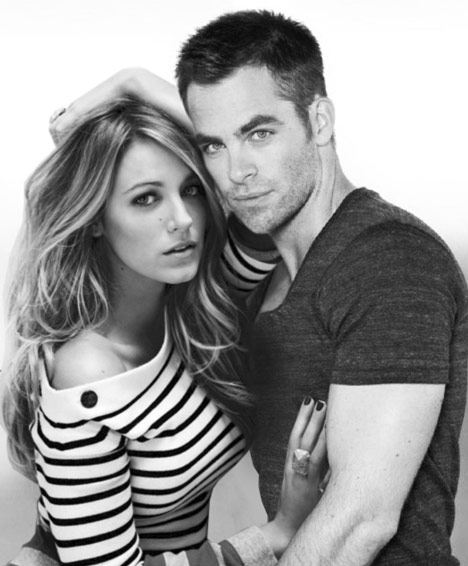 For more on his answers to relationship questions, check out Allure’s interview with Chris Pine (and his beard). Although dating and relationships may be easy for Chris Pine, he tunes women out while acting. Chris Pine says that when he gets emotionally invested into a role, he has a hard time keeping outside relationships going.

Chris Pine is 6 ft. tall (183 cm). His weight fluctuates a bit, but is reported to be around 174 lbs. (79 kg). Chris Pine is fine with his body measurements, but sometimes needs to get bigger or smaller for certain movie roles. 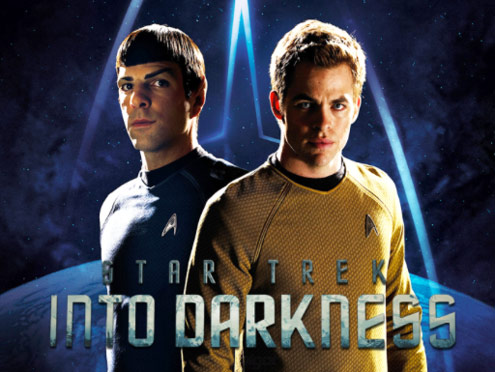 Once I saw him in person, it was clear he had it: Confidence. Vulnerability. Athleticism. Fearlessness. And a willingness to look uncool-that makes him the coolest guy in the room.

Chris Pine’s workout motivation is to stay in shape for his movie roles. He talks about his body, and working out, saying:

I work out because that’s my job. What I enjoy about it, beyond the vanity, is the Zen of it. I like getting out of my head. One great way is to seat your face off. I appreciate that if you’re not thinking of anything else, your not working intensely enough. 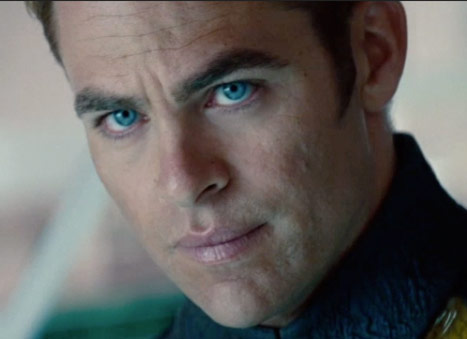 In addition to working out, Chris Pine uses a chiropractor, masseuse and physical therapist. He says his amount of physical activity has taken a toll on him, through the years. So, he seeks out professionals to help keep him moving forward with his fitness goals.

Chris Pine says that diet is 70-80% of the “getting a better body” equation. When it’s time to get in shape for a movie role, he goes on a high-calorie diet. The Chris Pine diet, though high in calories (especially), lacks empty carbs.

Increasing his fitness is not enough. Chris Pine says that he is careful to only eat foods that will empower him. Energizing his mornings, Chris Pine says he can’t live without a cup (or two) of coffee. 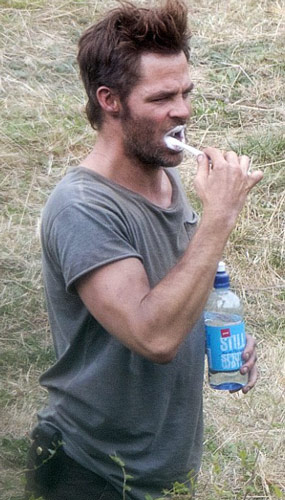 Because he’s working out all the time, Chris Pine has to eat a lot to maintain muscle. He told Allure Magazine:

I have a high metabolism, so I always have food in my refrigerator. And, I pack snacks [to take] with me.

When preparing for a role, Pine is choosy about the carbohydrates he eats. His focus is on lean protein, like the seared tuna he ate during a recent Details Magazine interview. He also eats a lot of vegetables to meat his carbohydrate requirements. He says:

I couldn’t eat as much pasta as I normally like to eat. It’s all about a high-calorie diet and not a lot of empty carbs.

While he’s focused on lean protein, the majority of his calories come from healthy carbs. He’s not trying to bulk up. He wants to maintain that lean look by eating just enough carbohydrates to maintain his physique and provide energy. When Allure Magazine asked if he wants to bulk up, he said:

It’s not like I’m getting into Jacked Wolverine shape.

If you want to get a body like Hugh Jackman, then check out the Wolverine Workout: How To Get As Jacked As Hugh Jackman. 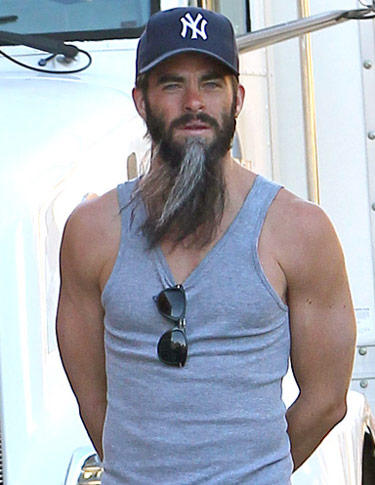 During an interview with Details Magazine, they noticed that he takes a gallon of water with him wherever he goes. Even at a restaurant during an interview, Chris Pine was guzzling down water that he had brought himself.

When not training for a movie, Chris Pine indulges in the finer things in life. For his 30th birthday, Pine says his family ate:

A Pine staple. Steak on the grill, heirloom tomatoes, some corn, a bottle of wine.

When asked about “fine wines,” Chris Pine says that Italian and French are his favorite. 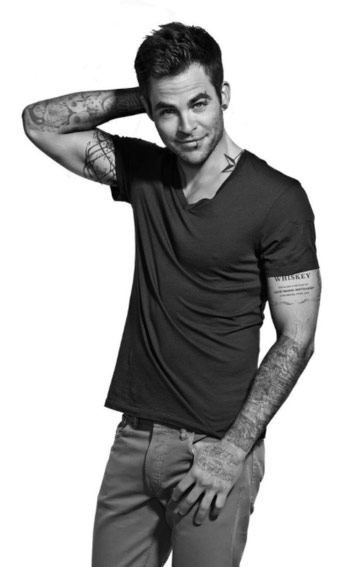 Ellen tries to make Chris Pine cry on her show: 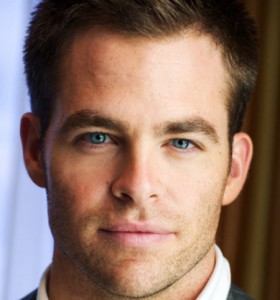