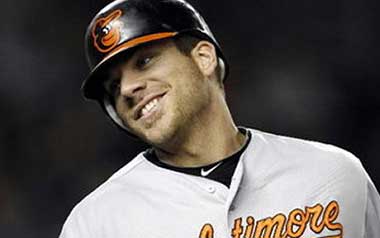 The Chris Davis workout includes the exercises needed to become a Home Run hitter. Chris Davis gained extra strength in the off-season by using a new workout. The key difference is that he incorporated Olympic lifts into his routine. This is what gave Chris Davis his Home Run hitting ability.

In Texas, there were maybe four or five guys always in the weight room. Here, there are like 20. One of the reasons I finished as strong as I did last year was the workouts. I came in with some [past] knee issues and was able to run around in the outfield and not have knee problems or anything like that.

The reward is a faster, and more explosive, musculoskeletal connection. Although Olympic lifts don’t use a baseball bat, they train the mind in coordination. For Chris Davis, this improved his home run hitting ability on the baseball field.

These exercises are known as Home Run Hitter Exercises because of the way your body responds. Power cleaning 300 pounds has more of a musculoskeletal connection to swinging a bat than people think. 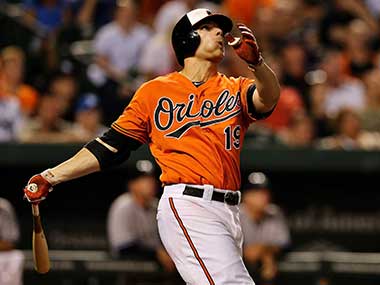 The muscle fibers that you activate while swinging a bat, are the same one uses to perform many Olympic lifts. It is hard to train these muscle fibers. You need to be performing an action that is both explosive, and uses a lot of weight. This is why Olympic lifting is the secret Home Run hitting workout routine.

In the 2013 off-season Spring training, all the Orioles took their workouts up a notch by training in a new facility. 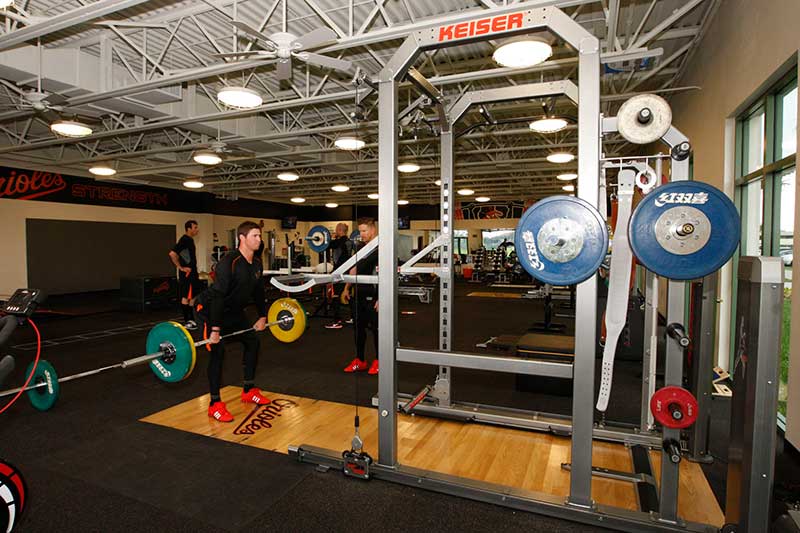 Ryan Crotin is the Orioles 3rd strength coach, who focuses on bio-mechanics. He says about the player transformation:

The Orioles former training center was in Fort Lauderdale, Fla. It was such a bad gym that all it had was cardio. The weights were in a tent in the parking lot. Former player and Orioles broadcaster, Mike Bordick, says the previous facility was not up to par. He says:

It was ridiculous. Guys wanted to get stronger, but there was really not a lot of motivation.

When you see a guy wearing those shoes, you know he’s bought in, It’s a shift in culture, from what I understand. Every single person we’ve talked to said they’ve never had a better strength-and-conditioning program than this.

The Chris Davis Steroid Allegations are unfair to someone who is training as hard as he is. Chris Davis is excelling as a home run hitter on the field, because of his commitment off the field. In the Orioles weight room, Chris Davis is the guy who’s giving 110%. Chris Davis says:

It’s extremely frustrating that people would just assume I was on something because I’m having success. 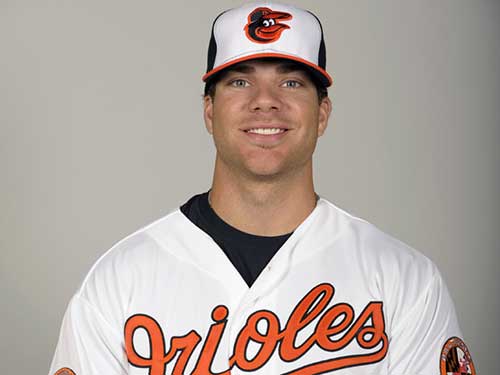 The people who just assume you’re on steroids aren’t there in the weight room after a game when you’ve played four hours in the sweltering heat and you have zero energy, and you know you need to get a workout in. It’s just disrespectful.

The reason the Orioles decided to invest in a new training facility is simple. They want the best return they can get on their $100 million payroll investment. If you’re going to be shelling out that kind of money, you had better be doing the best Home Run hitting exercises known to man. And that, is Olympic lifting.