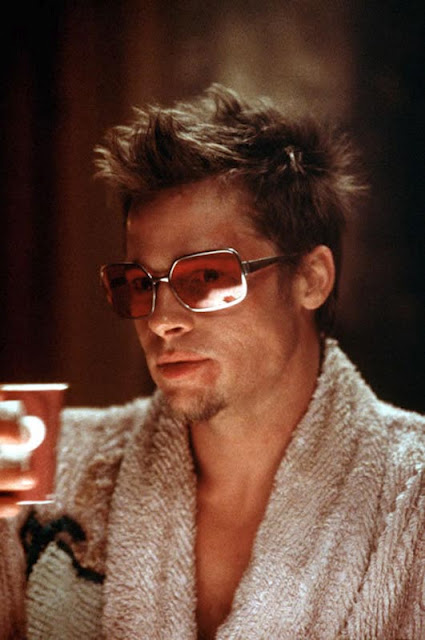 Prev post1 of 4Next
The Brad Pitt Fight Club Workout is one of the most popular workouts of all time. This is due to the results that lean muscle sculpting can deliver. On screen, and at 6% body fat, Tyler Durden was the definition of lean and mean. Pitt’s goal was to find a workout routine that would chisel his body down, while building muscle.

Brad Pitt’s Fight Club workout centered on training a different muscle group each day. He would then allow the muscle group to rest for the rest of the week. This is similar to the Brad Pitt Workout for Troy, where he focused on one muscle group a day, and just “killed it.” 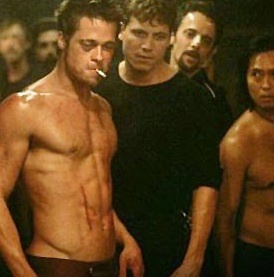 Brad Pitt was able to showcase so much lean muscle because he is an ectomorph. Ectomorphs, or “hard-gainers” are those people who find it hard to gain muscle or fat. No matter how much they eat or train, they can’t seem to gain weight.

So, Brad Pitt utilized this to his advantage by going for a look that showed off his lean muscle-Tyler Durden look. This was achieved by doing high reps and eating a lot of protein. If you are not an ectomorph, it will be hard to chisel your way down to 6 percent body fat. 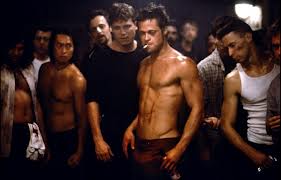 Most ectomorphs find success in low-rep, high intensity workout routines. This was the opposite of what Brad Pitt did in his workout. Still, he allowed for optimal rest. This is also important for ectomorphs to do. Because it is so hard for them to gain muscle, 2-3 days of rest, if not a week is best when trying to gain muscle. Brad Pitt would often use a Nautilus machine instead of doing free weights. This is because the machines tend to build max resistance where your muscles are strongest.

People do it everyday. They talk to themselves. They see themselves as they’d like to be. They don’t have the courage you have, to just run with it…The things you own end up owning you..It’s only after we’ve lost everything that we’re free to do anything. – Tyler Durden Quote, Fight Club 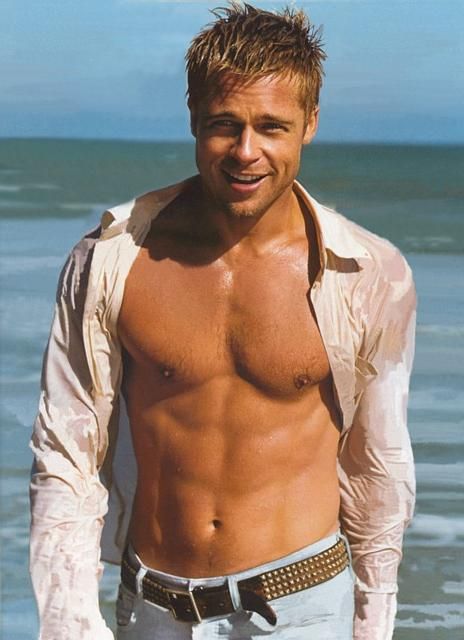 The Brad Pitt workout comes from his interviews with Men’s Heath UK. Here is the exact workout:

The Brad Pitt Fight Club workout starts with chest on Monday, then rests that muscle group for the rest of the week. The chest routine utilizes pushups as a good warm up. Bench Press and Incline Press are the core of the workout. Cable flys help with extending range of motion, the outer muscles and flexibility.

Man, I see in fight club the strongest and smartest men who’ve ever lived. I see all this potential, and I see squandering. God damn it, an entire generation pumping gas, waiting tables; slaves with white collars. 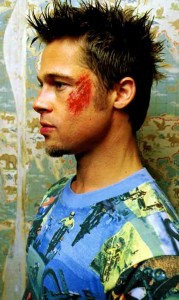 Brad Pitt used Tuesdays for his back routine. He would warm up with Pullups. Then he would transition into seated rows to add bulk and get that V-shape in his neck. Working your back gives you that V-shape, while increasing the strength of your punch.

Go for 5 Pull Ups per set, since they are just a warm up. (Use a resistance machine, or have a partner hold your legs if you need, for support)

Advertising has us chasing cars and clothes, working jobs we hate so we can buy shit we don’t need. 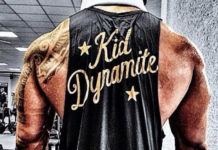 Get That V-Shape: The Rock’s Back Workout