The key to Angelina Jolie workout routine is to do a lot of compound movement exercises in quick succession. Compound movements involve activating more than one joint per exercise. Squats and lunges are great examples, where you are working the legs and hips at the same time.

Gunnar changes the workouts up, by sometimes having Angelina Jolie use a Bosu ball, Stability ball, or resistance bands. Angelina Jolie’s workout routine is five days a week, and lasts up to 2 hours per workout when she is getting in Hollywood shape. 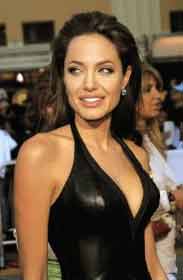 Want to get Gunnar Peterson, Angelina Jolie’s trainer, to help you via DVD? Gunnar partnered with Shape Magazine to create Shape: The Best-Ever Hollywood Workout. 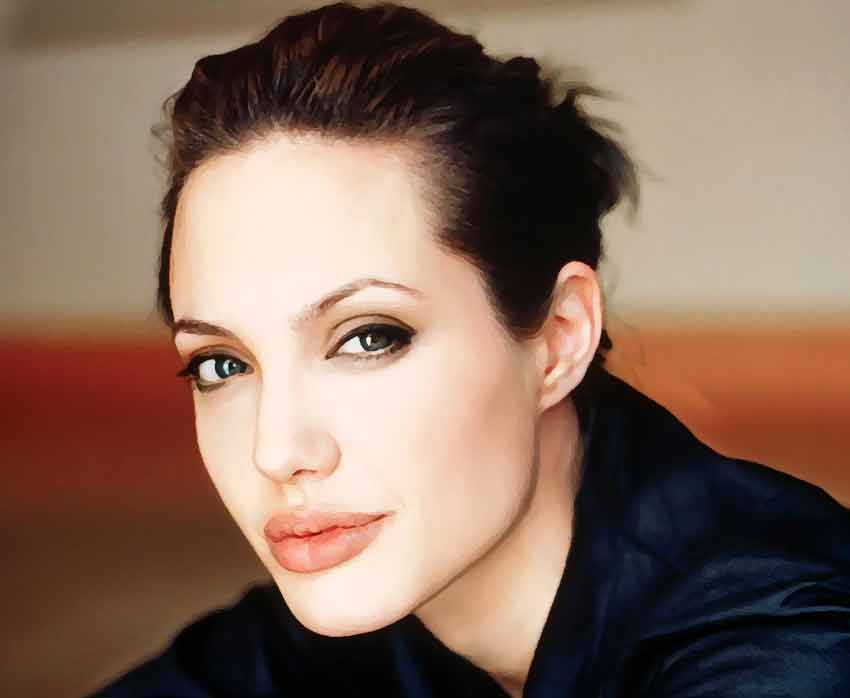 I never liked being touched, ever. People used to say I held my breath when they were hugging me. I still do. I grew up this carefree, happy kid then things turned darker for me. Maybe it was because I saw that the world wasn’t as happy a place as I had hoped it would be for me. I like to hide behind the characters I play. Despite the public perception, I am a very private person who has a hard time with the fame thing. 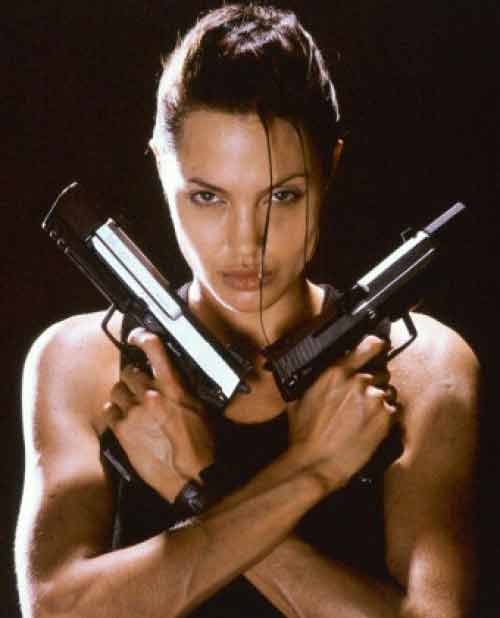 The above activities were either required, or just for fun, in order to get in shape to play “Lara Croft” in Tomb Raider.

When I first got here I felt like this scrawny geek, this little scrawny actress from L.A…I was extremely out of shape. I hadn’t gone to a gym in years…Through all the training my body had changed, and my mind had changed, because I had a totally different focus…I felt like I was being formed into a special agent.

Six days per week, doing six or seven disciplines per day to get in shape for the film. Special weight training, and a special diet. Angelina would start with yoga at six in the morning, and then she would go do weapons training. 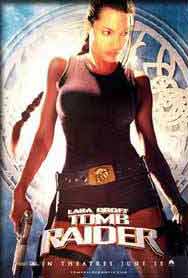 I never though I’d like yoga. I though I’d hate it, but I really like it. We wanted her to really be as whole a human being as possible. I think we wanted her to have that fire–and that bite–but also to be really relaxed.

Before training for the film, Angelina Jolie says:

I’ll do running or a little bit of boxing. But, anybody who has a kid knows that running after a kid is enough. 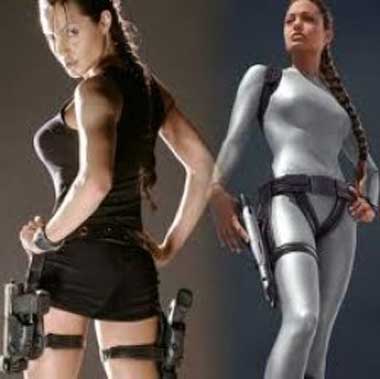