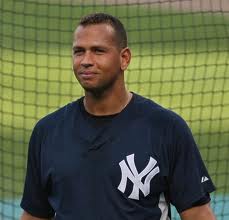 The Alex Rodriguez Workout is designed to give him the strength, power, and endurance he will need during the baseball season. When not hitting home runs for the New York Yankees during the season, or spending time with his current girlfriend, he does spend a significant amount of time in the gym. The media has often spotted A-rod working out with his girlfriends publicly. His past girlfriends have included Kate Hudson, Cameron Diaz, and even a brief encounter with Madonna. 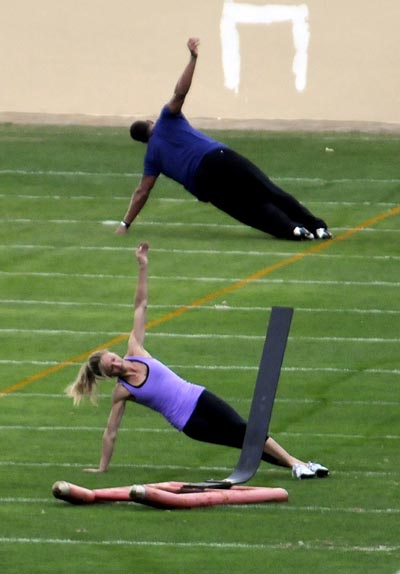 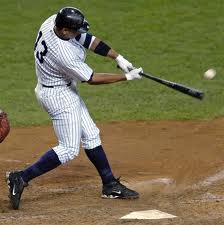 Born in New York to a Dominican family, he moved to the Dominican republic when he was four, then later moved to Miami. A-rod admitted to using steroids for three years while playing for the Texas Rangers, due to “pressure to perform.” Although he claims he no longer uses steroids, the person he admitted was his steroid mule has been spotted with him as recently as 2011. In 2007, Alex Rodriguez signed with the New York Yankees, making it the most lucrative contract in MLB history. The contract was worth over $275 million for 10 years.

“On Mondays, it’s a series of 440-, 220-, and 110-yard sprints, never more than a mile at a time. (When you run long distances, you start getting slower.)
On Tuesdays: Sandpit workout and Stair Sprints.
On Wednesdays: 18 straight 110-yard dashes.
On Thursdays: Uphill runs.
On Fridays: High-speed Plyometric movements, to build muscle.
On Weekends: Spinning class or, come January, Batting cage”

When asked about his diet, A-rod says that he opts to eat very clean food. He prefers to eat egg whites, oatmeal, chicken breast, brown rice, fish, and steak. He stays away from things like butter, sugar, flour, and oil. He also tries to add steamed vegetables to every dinner. Alex Rodriguez also has one secret to battle fatigue:

“If I am feeling low on energy, I always have a sweet potato.”

Know anyone who can benefit from the Alex Rodriguez workout?