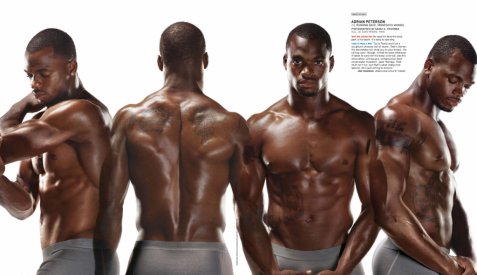 Adrian Peterson Workout: A Knee Injury Can’t Keep Him Down

The Adrian Peterson Workout has kept him strong throughout his career. Even when he went down with a season-ending knee injury, he recovered very quickly. Adrian Peterson has developed into the premier running back in the game. Peterson is known for his strength, burst, speed, muscle mass, and ability to destroy any defenders in his path. 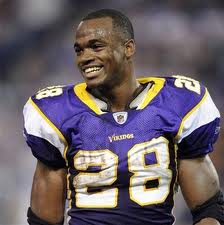 Adrian Peterson admits that the most important thing to an NFL running back is footwork. His favorite lift is single leg squats, because of how well he can carry over that exercise into an on-the-field workout.

To recover quickly after his 2011 knee injury, Adrian Peterson and his trainer used HydroWorx pool therapy. Adrian Peterson ran on a treadmill underwater to gain leg strength, while weighing only 1/6th his body weight.

As Adrian Peterson got stronger, they slowly displaced the water in the pool, so Adrian gained confidence in his legs and knee. Adrian Peterson came back much quicker, and stronger, than most athletes recovering from an ACL injury. Adrian especially used the underwater treadmill during weeks 3-12 of his recovery.  His trainer, Eric Sugarman, says:

Adrian was a frequent user of the HydroWorx pool, especially during the early phases of the rehabilitation process. The HydroWorx pool was a huge asset and certainly played a role in Adrian’s safe recovery.

Adrian had to re-train his body to support his weight. Soon, he was back on land, performing agility drills. And then, 8 months after rehabilitation started, he was back playing in the NFL. On his first day back, Adrian Peterson says:

I just went out and played. I knew the structure of the ligament was good. 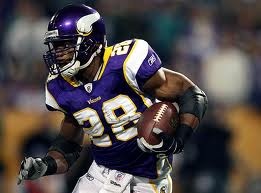 Sources for the Adrian Peterson workout routine include:

Some of the keys to Adrian Peterson’s workout:

On Squats, Adrian Peterson says he maxxed around 540 lbs. in college, but hasn’t tried since. Usually, he is focused on proper form and higher reps. Therefore, he usually stick to 315 lb. reps when doing squats. 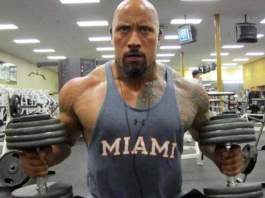 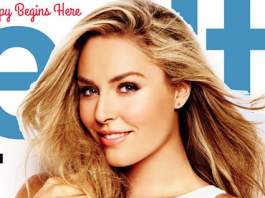 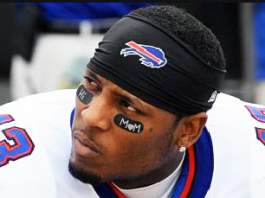